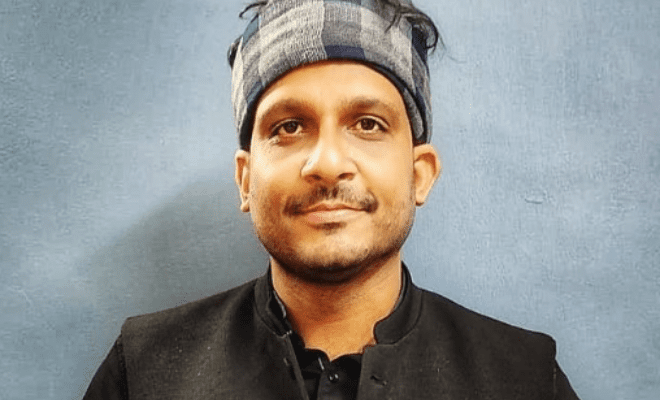 As an avid reader, I look up to most, if not all, authors. I do not see them as role models per se, but I remain in awe of them long after I have finished their book and if that book ends up becoming my favourite, I do not forget them for a long, long time. But a recent case that took place in Delhi has shocked me the most because an award-winning author was allegedly the perpetrator in it. A rape case has been filed against Sahitya Akademi award-winning author Nilotpal Mrinal by a 32-year-old UPSC aspirant.

As per news reports, the case was registered at the Timarpur Police Station, Delhi. In her complaint, the victim has alleged that Nilotpal Mrinal raped her for 10 years under the guise of marrying her. She went on to say that she met Nilotpal in 2013 and they went on to become friends. Giving a detailed account of what went down between them, the woman has said that one-time Nilotpal Mrinal verbally abused her and also hit her after she had undergone eye surgery. She also went on to add that he had ‘forced’ himself on her and then left.

Delhi | A rape case registered in Timarpur Police Station area. FIR, filed on the basis of a woman's complaint, states that author Nilotpal Mrinal raped her for 10 years under the pretext of marriage: Delhi Police

The FIR also states that a Police officer called up the woman's father and told him that she (the woman) is blackmailing Nilotpal to extort money from him: Delhi Police

The woman further added in her FIR that he came back the next day and started apologising to her and had also promised to marry her. According to a report by Hindustan Times, the victim also had allegedly checked Nilotpal Mrinal’s phone and found out that he was having an affair with other girls as well. In a twisted turn of events, the FIR also states that a police officer had called the victim’s father to inform him that she (the victim) was allegedly blackmailing Nilotpal Mrinal for money.

Also read: Mahhi Vij Alleges Getting Rape Threats From A Man Who Banged Her Car, Shared Incident On Twitter

More details on the case are awaited.