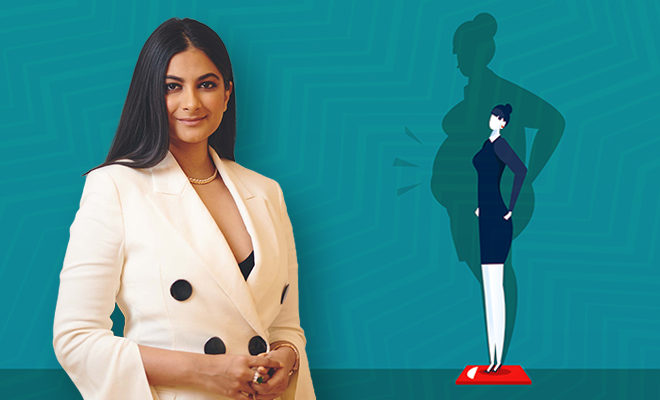 Rhea Kapoor Shares How She Thought She Was Fat. Now, She Thinks, ‘ Who Cares?’

Despite it being expected and nice,  instead of a ‘hello‘, ‘hi‘, ‘good morning‘, or even a casual ‘what’s up‘, the way that I am greeted most of the times is by people coming up to me and asking me if I am sick and/or have I lost weight. A simple look at my face or my body and I am bombarded with judgmental nods, disapproving of my bony structure, or small breasts or a petite waist. And while these kind of validations (or lack there of) would bother me till a few years back when I didn’t know any better, they certainly don’t matter anymore. A mind space I am currently sharing with Rhea Kapoor, who too has learnt how to embrace her body in its truest form.

It doesn’t come easy, accepting yourself in a raw, unadulterated and unfiltered form and loving it too. Considering how brutal and blunt the society can be, in asserting the importance of only a certain kind of beauty, women often struggle with accepting themselves especially when you are constantly bombarded he cellulite versions they see on the screen. However, times are changing and as women grow to be kinder and more compassionate towards each other, we can finally see some progress in breaking the unrealistic beauty standards.

A sentiment resonated by film producer Rhea Kapoor who recently posted a ravishing picture of herself on beach in Maldives, rocking a bikini and putting in a caption that got through to all of us.

Sharing how it was through American actress and comedian Tina Fey’s quick wit and wisdom that she was able to change her perspective around beauty and self love, Rhea wrote, “I thought I was fat. We can never win with ourselves can we? But we can try. Like Tina Fey says “If you retain nothing else, always remember the most important rule of beauty, which is: who cares?””

Taking Tina Fey’s words and turning them into life advice, Rhea embraced every part and curve of her body, oh so proudly, all the while encouraging more women like us to step away from our insecurities and just enjoy ourselves for who we are. Actresses like Jacqueline Fernandez also acknowledged her post and wrote, “Hottest bod I’ve seen in a while.” Can’t not agree with that!