In A Rare Case, Fetus Found In A Woman’s Liver, Doctor Shares Video About Her Condition 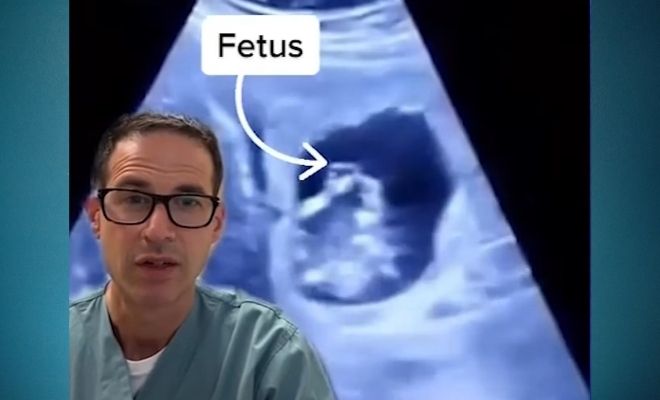 The human anatomy is a very odd thing. I believe that despite all the research and advancement we have had, there is still so much we don’t know about our body and everything that can happen within it. Which is intriguing but scary too. Hence cases of rare diseases genuinely worry and freak me out. So you can understand my surprise (and slight panic) when I heard about this Canadian woman who had an ectopic pregnancy and conceived a fetus in her liver. Yes, her liver!

A 33-year-old woman in Canada found out that there was a fetus growing in her liver. The news was revealed by the doctor who diagnosed her with the unusual condition.  Dr Michael Narvey from Children’s Hospital Research Institute of Manitoba in Canada uploaded a video saying, “I thought I had seen it all: a 33-year-old woman comes in with a 14-day history of menstrual bleeding and 49 days since her last menstrual period.” After examination, the doctor found an ectopic pregnancy which is a rare condition where a fertilized egg attaches outside the uterus and if it is untreated, it can lead to life-threatening bleeding. According to reports, there have been only 14 cases of ectopic pregnancy between 1964 and 1999.

Dr Narvey also said, “We see these sometimes in the abdomen but never in the liver. This is a first for me.” the woman’s life was luckily saved by surgeons who removed the fetus but they couldn’t save the fetus. The doctor also explained how an ectopic pregnancy occurs. “It’s possible, though, that if the egg and sperm unite and then travel the other way, out the way of the ovary, they can implant in the peritoneum.”  Dr Narvey said that the egg and sperm travelled to the liver and ended up implanting themselves there.

Luckily, the surgery went well and the woman was saved. Considering this could have been potentially life-threatening, it is great that this got diagnosed early on and the fetus was removed.