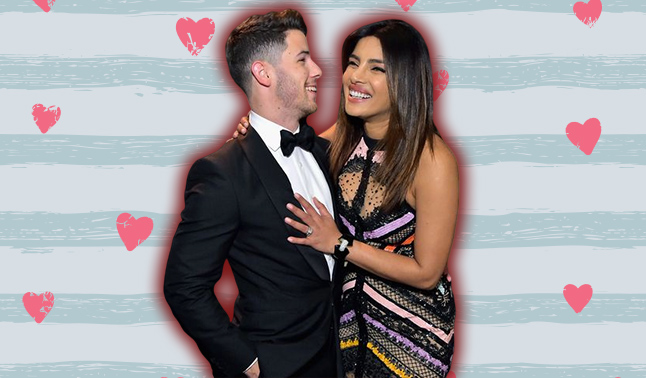 It is true that most of us, by nature, have a little bit of a gossip queen hidden inside of us, that surfaces every time we find out something new about others. Be it a neighbour, a colleague or a celebrity, all of us at one point or the other, have indulged in the occasional ‘harmless’ gossip about their life choices. And in this process, we forget that at the end of the day, it is their life and their choice and has absolutely nothing to do with us or what we make of it. A thought that Priyanka Chopra gently reminded us of as she opened up about her marriage with the pop star Nick Jonas and gave us a piece of her mind when probed about their age difference.

The couple tied the knot last year on 1st December in number of ceremonies that at first did not seem to end. The couple has been since trending and is constantly in the news. Be it their unseen wedding pictures that keep surfacing, or the appearances that they make at events and concerts, every thing from what they wear to where they are to what they eat is something that people want to be in the know of. But if there is one thing that the public can’t stop asking, despite them giving no fucks, is about their obvious age difference.

Also Read : Priyanka Chopra Stubs Out The Controversy About Her Promoting War. We Have So Much Respect For Her

Priyanka Chopra Jonas, who is 10 years older to her husband Nick Jonas, has always been cornered into a conversation about the age gap in her marriage and even though it isn’t anyone’s business to know or care, people won’t stop. From calling Nick her puppy to making immature memes about it, this is a topic they’ve found hard to dismiss, but seems like PeeCee has finally answered back to all the trolls with a reply that should shut them down for good.

During an interview with Daily Beast, the actress opened up about the decade old age gap and said, “Clearly it didn’t matter in ours. But I just feel like people talk about it a lot more when it’s a woman that’s older. Most guys end up marrying younger women. It becomes a conversation when a woman is older. It never was a conversation for us. It was more of a conversation for the world than Nick and I.”

Taking subtle yet powerful digs at the gender imbalance and prejudice against women in our country or any other, Priyanka Chopra did not just highlight the stereotypes around men and women in marriage that still govern our thinking but also showed just how unimportant these logistics of age are to her. As it should be, too. Love after all, is about feelings and last we checked, age was just a number.

In fact, we have had numerous cases of men marrying women who are decades younger to them, but none of that has ever reached to be a matter of a worldly concern. However, the moment the tables are turned and it’s the woman who is older, she is subject to unsolicited comments, criticism and speculation. Take Saif Ali Khan’s marriage for example. The amount of gossip that hit the air when he married Amrita Singh who was 10 years elder to him, was much more than the gossip that followed after he married Kareena Kapoor, who is 10 years younger. Such is the irony of life.

She also spoke about how Nick is an old soul and a refined person and talked about how he has a maturity about the world. So let’s all just back off, shall we? Yeah, that would be nice.

Also Read : Priyanka Chopra Jonas’s Passionate Acceptance Speech At The UNICEF Snowflake Ball Is A Lesson On How To Impact Change While Staying Gracious