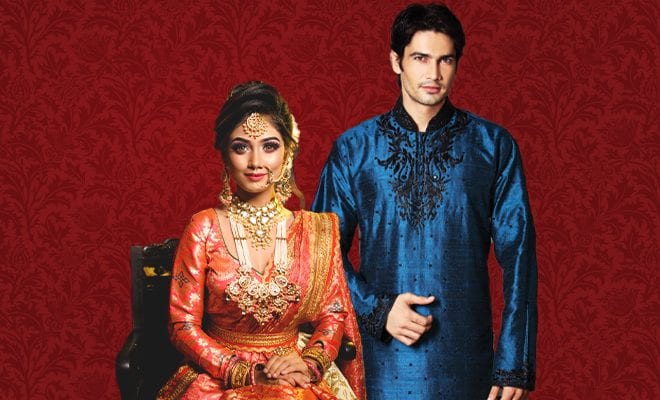 One thing that I absolutely love about India is the fact that it is home to so many religions. And more the religions, more the different cultures you get to experience. Every religion has its own traditions, rituals, and customs to follow, which can be seen in their entirety during two occasions—marriage and festivals. For me, what makes a marriage even more special is when two people from different backgrounds come together, especially if they belong to two different religions. There is something beautiful about watching two religions merge to form a sacred bond of marriage. But as much as I enjoy that, most Indians don’t agree with me. Recently, a Pew survey showed that most Indians are tolerant towards other religions but still wouldn’t prefer that the women in their family marry across religion lines.

The Pew Survey, funded by The Pew Charitable Trusts and John Templeton Foundation, is an in-depth, comprehensive survey covering up to 98% of Indian adults, with a response rate of 86%. The survey, titled ‘Religion in India: Tolerance and Segregation’ aimed to understand “religious change and its impact on societies around the world.” It was conducted through face-to-face interviews with 29,999 Indians between November 2019 and March 2020. To understand the importance of religion in society, the researchers conversed with adults across various regions and religions such as Hindus, Muslims, Christians, Sikhs, and Buddhists.

The survey found that almost ⅔ of the Hindus living in India believed that being a Hindu is what makes one a ‘real’ Indian. Surprisingly, even with this mindset, 65% of them still believe that having religious diversity in the country is beneficial for the country and its people.

Also Read: In UP, Relatives Thrash Woman And Shave Her Head For Marrying Outside Her Religion

According to the Pew survey reports, most Indians believe that religious tolerance is a crucial part of the nation’s identity. Most people across the major religious groups agree that it is important to respect all religions to be “truly Indian”. However, “despite sharing certain values and religious beliefs – as well as living in the same country, under the same constitution – members of India’s major religious communities often don’t feel they have much in common with one another…. Many Indians, across a range of religious groups, say it is very important to stop people in their community from marrying into other religious groups.”

The survey therefore concluded that while religious positivity was seen as a positive thing by almost 53% of adults they spoke to, they still frowned upon inter-faith marriages. In fact, 66% Hindus and 80% Muslims from the group of adults said that they wouldn’t want women of their religions getting married into other religions. Hypocrisy is smiling right now.

“Indians simultaneously express enthusiasm for religious tolerance and a consistent preference for keeping their religious communities in segregated spheres… Indians’ concept of religious tolerance does not necessarily involve the mixing of religious communities. While people in some countries may aspire to create a “melting pot” of different religious identities, many Indians seem to prefer a country more like a patchwork fabric, with clear lines between groups,” the Pew survey concluded.

Going through the reports of this study, one thing that clearly stands out is that we as Indian’s prefer having boundaries even though we want all of us to stay together. And while having boundaries is sometimes good, in the case of religion, creating these boundaries might not be the best idea out there. I believe that the only way to truly accept something is when you experience it for yourself. And it is the same with religion. To truly accept other religions, we need to experience it for ourselves. And what better way to experience other religions than by welcoming them into our homes, and families, and raising children in a beautiful blend of the best of multiple faiths?

Besides, marriage should be about love, companionship and compatibility and not religion. If two people want to be together then, they shouldn’t be stopped just because they belong to different religions. Marriage is about the coming together of two people and their families. And we consider India to be one big family, and believe in the concept of “Vasudhaiva Kutumbakam”, which means the whole world is one big family. So why draw lines within the family? Why not let the marriage of different religions come together? I think these are the questions we really need to ask ourselves.