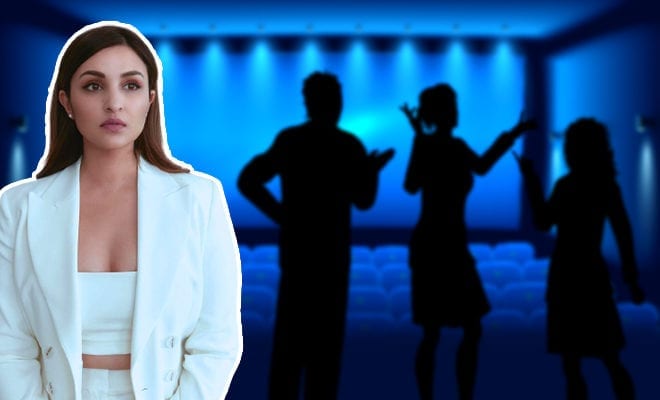 Dimple Chaddha from the hit film Ladies Vs Ricky Bahl, was one of the very first characters that was played by actress Parineeti Chopra on the big screen, and in that she didn’t just look the part, she also embodied the spirit of a fierce, hopeless romantic and spoilt Delhi girl. While the part wasn’t that of a protagonist, her brief screen time was enough to make the audience fall in love with her. Especially after her next film with Arjun Kapoor – Ishaqzaade. However, luck didn’t side with her for too long after that, for after a first few hits, her frequency of delivering success at the box office, dropped drastically.

Speaking about her career graph and opening up about the roller coaster ride she had in Bollywood, with all her hits and misses, she said, “If you have talent and that talent can be brought out, that is the biggest achievement of an actor. There are so many actors who are talented but do not find a good script to present it. They just keep telling that they are talented but they are unable to showcase it, that’s the most unfortunate situation. However, with me, it was the other way around.”

She went on to share, “When I started, my initial movies were good, I got all the awards for them, I got all the appreciation for them. But after that, suddenly, my acting skills were questioned because the films didn’t work.”

Also Read : Parineeti Chopra Says Actresses Have To Change The Narrative Of How Women Are Portrayed On Screen. Hear Hear!

Not holding back about how she felt tired of people coming up to her and pointing out her flop films, accusing her of not putting her best foot forward, Parineeti shared how that led her to pick up scripts like Sandeep Aur Pinky Faraar, Saina and The Girl On The Train, where she felt challenged.

She went on to savagely remark, “No one questioned the films, no one said, ‘this film didn’t do justice to her.’ So I finally wanted to wait and be patient, thinking I will only do films that will showcase my talent to its full ability. That’s why I did this movie (Sandeep Aur Pinky Faraar), that’s why I did Saina and Girl on the Train. Because I was sick and tired of hearing people say that I’m not doing my best. I was always doing my best but maybe the material was not something showcasing my best. So my greed was, I will give my 100 percent, give me the script.”

And perhaps, she had a point. Considering how she has been trying to get her A game back, we can surely expect her  to bring more hits and potential to the table, without a shadow of a doubt!

Also Read : Parineeti Chopra Says The Memories Of Being Overweight In College Still Terrify Her