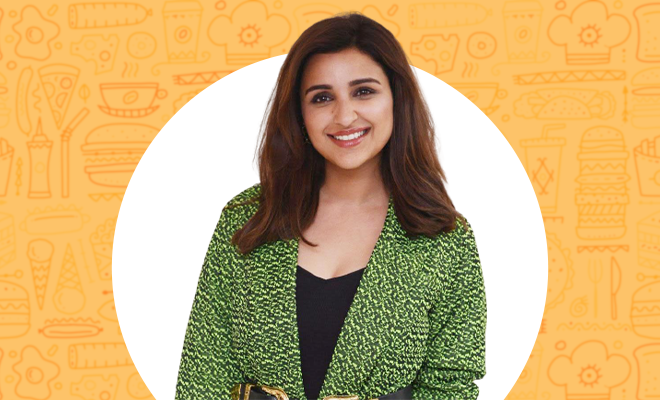 Being a teenager is hard. Being an overweight teenager? Even harder. Here you are, already going through the classic teenage drama, heartbreaks, maintaining decent  college scores and all that jazz, and then you have to deal with judgements and hurtful remarks on your weight which eventually leads to self-pity and losing a great deal of confidence. You are constantly subjected to body-shaming by your friends and family who think it’s completely fine, and basically never run out of unsolicited advice to give you. And, watching skinny women in the movies certainly doesn’t help. However, a lot of these actresses who seem to be blessed with perfect bodies didn’t always have it like that. One of these celebrities is Parineeti Chopra, whose weight issues are as relatable as inspiring her weight loss journey is. She recently opened up about how the memories of being ‘hugely overweight’ in college still terrifies her.

Also Read: The Subtle Detail You Probably Missed In Parineeti Chopra’s Promotional Looks For The Girl On The Train. It’s Dark And Messy, Just Like The Plot!

These days, Chopra is busy promoting her movie The Girl On The Train on Netflix and during one of its press junkets, she was asked about a time in her life that she’d want to forget. To which, she went back to her college days when she was on the heavier side of the scale and said she would erase that chapter from her life, if she could. She said, “I wish I could erase the time I was hugely overweight and I am talking about my college days. I was really unhealthy and really big, and I didn’t quite see it. Today, I care about life and health so much more that I wish I could erase that chapter. I wish I could erase those photos which I see and they terrify me.” This is quite relatable and inspiring and we love how honest and real she is about her weight struggles.

Parineeti Chopra has always been quite vocal about her weight issues as a kid and has ascertained time and again that she decided to shed kilos (she lost around 30 kgs) because she didn’t feel great about her body. She went through a tough time because of her weight in college but that wasn’t the only time she felt deeply devastated. “Other than that, I have had a couple of instances in my life, where I have been really low and dead emotionally. They have made me the person that I am today, whatever I am, so I would never change those bad experiences. But if I could go back in time and just become a fitter person or maybe have sports in my childhood, I would like to add that to my life,” she added.

The actress wanted to lose weight not because of any societal pressure or to fit in a cookie-cutter body type, but only for herself and we love that about her. She said she was sick of ill-fitted clothes and having only limited options when it comes to clothes (lack of plus-size clothing is a serious problem). She has also confessed to have been uncomfortable with how she looked since childhood and the urge to getting fitter got stronger when she set foot in the film industry. We think that regardless of what the standards of beauty are set by the society, you should change what you don’t love about your body just like Parineeti Chopra did. She says she prioritise life and health and although there was a time she didn’t realise the importance of being fitter and following a healthier lifestyle, she definitely does now.

Also Read: Zareen Khan Says She Was Typecast As A Katrina Kaif Lookalike And Called ‘Fatrina’ Because Of Her Weight