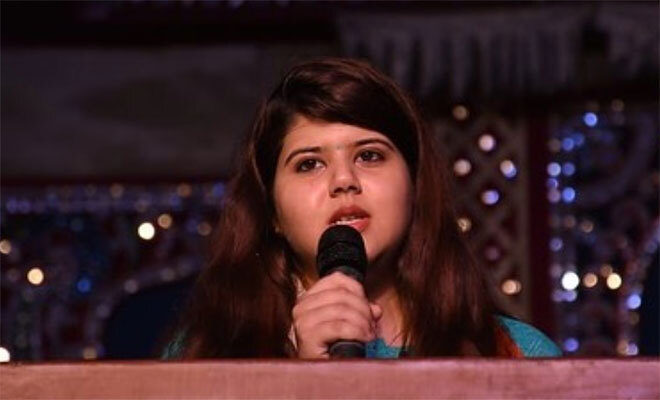 Who Is Pankhuri Pathak, The Congress Candidate For The UP Assembly Elections 2022?

Maybe this is an unpopular opinion but I have always believed that we should have younger politicians. The reason behind it is that they are not only far more well-versed with the problems that people are facing but also have an insight into how today’s generation is thinking. In fact, even their mentality, their way of thinking, the way they are open to taking risks, etc. is all that contributes to their overall performance. So, when I came across the news that Pankhuri Pathak was a candidate that was chosen by the Congress for the UP assembly elections, I had to know more about her. And this is what I came across.

So, who is Pankhuri Pathak?

Also Read: Congress MLA Ramesh Kumar Said If Rape Is Inevitable, Lie Down And Enjoy It. What Sick Minds Are Running This Country?

The 24-year-old, Pankhuri Pathak, is one of the 50 women that was included in the list that was put out by Congress for the UP assembly elections. According to Priyanka Gandhi Vadra, who is the Congress General Secretary and UP in-charge, said that Pankhuri was given a ticket from Noida by the party.

Pankhuri Pathak who was born and brought up in Delhi did her law studies at Hansraj College, Delhi. She also was a joint secretary in student politics when she won the elections in 2010. It was in this same year that the young candidate joined the Samajwadi Party and also participated in the Kranti Rath Yatra of Akhilesh Yadav, the SP President. It was during that time that Akhilesh Yadav and his wife were impressed by her style and her hard work.

Pankhuri Pathak who is married to Anil Yadav, the SP leader, had left the Samajwadi party due to some controversies and later became a member of Congress. What is truly impressive is the fact that even though she doesn’t come from any political background and is someone who became part of active politics during her college days, is now a popular face in politics.

It was during Delhi’s student elections when Pankhuri Pathak worked to strengthen the SP. In 2013, Pankhuri was made the National Secretary of Lohia Vahini. In fact, it was during this time that she was highly influenced by Akhilesh Yadav and his wife Dimple Yadav.

Also Read: Urmila Matondkar Quits Congress Because Of The Petty Politics. Erm, What Were You Expecting?

And now, as per reports, out of the 125 candidates that Congress has announced, Pankhuri Pathak is one of them. Pathak has gotten a ticket under Priyanka Gandhi’s ‘I’m a woman, I can fight’ campaign.

Well, looking at all her achievements and how interested she is in politics, there is no question as to why she’s a popular face in politics. Now, only the UP assembly elections of 2022 will decide where she goes.