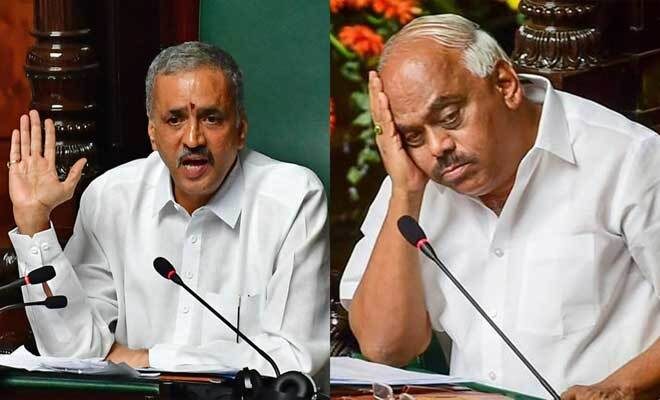 Congress MLA Ramesh Kumar Said If Rape Is Inevitable, Lie Down And Enjoy It. What Sick Minds Are Running This Country?

It seems like politicians have made a pact to create controversy by trivializing every major issue in the country, especially a heinous crime like rape. Every day you will learn about a politician who either committed such crime or made some inflammatory comment about it and about women. The most recent one really crosses the limit and will make your blood boil. On Thursday, former Karnataka assembly speaker and Congress MLA Ramesh Kumar made a shameful and insensitive statement about rape in the assembly. He said, “When rape is inevitable, lie down and enjoy it.” This statement given by an experienced politician who is supposed to make laws to prevent such crimes is really disappointing. 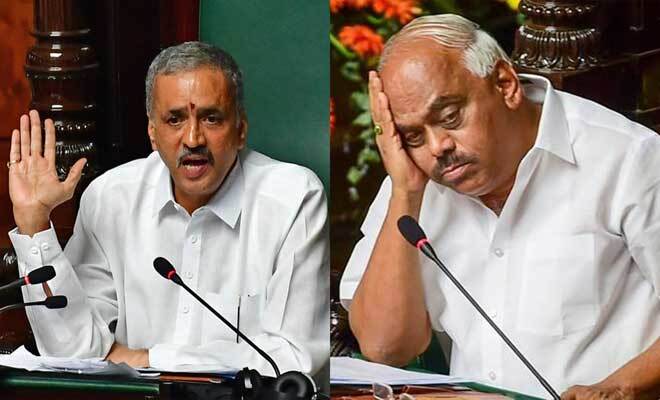 The incident took place in Karnataka Assembly when the members of the house were demanding a discussion on farmers’ issues, the members were asking for more time to speak but there was a time allotted for every member. The speaker Vishweshwara Hegde Kageri told former speaker KR Ramesh Kumar, “I can’t keep this under control and take it forward in a systematic way.” Then Ramesh Kumar responded to him by saying, “There is a saying, when rape is inevitable, lie down and enjoy it. That’s exactly the position into which you are.”

#SHOCKING #Karnataka #MLAs #triviliazes #Rape in #assembly *There is a saying, When rape is inevitable, lie down and enjoy it' says former Speaker and congress MlA #RameshKumar during seeking more time on farmer issues. While current speaker Kageri laughs it off. pic.twitter.com/sWgQGK9jmi

You would expect that the other members or speakers in the house would object to it but the whole assembly laughed and clapped together on the insensitive comment by the leader. This reflects the sexist mindset of these leaders who run our country. For a fact, Ramesh Kumar’s comment is actually a saying which suggests that when someone faces a difficult situation and has no way of countering it, it is better to deal with it instead of fighting. The phrase is no longer used because it is offensive and the leader should’ve been careful using such a phrase.

The controversial comment by Congress leader KR Ramesh Kumar invited harsh criticism. Many people are describing the incident as offensive and unacceptable because it normalises the heinous crime of rape. After few hours of the incident, KR Ramesh Kumar apologised on Twitter for his shameful remarks.

I would like to express my sincere apologies to everyone for the indifferent and negligent comment I made in today’s assembly about “Rape!” My intention was not trivialise or make light of the heinous crime, but an off the cuff remark! I will choose my words carefully henceforth!

Unfortunately, its not the first time when the MLA  trivialised rape. In February 2019, when he was the speaker, Ramesh Kumar compared himself to a rape victim during discussions in the Assembly on the Special Investigation Team probe into an audio clip controversy. He pointed to repeated reference to charges against him, and described his situation as, “was like that of a rape victim, as they too are supposedly questioned about the incident repeatedly”.

The man has apparently apologised but can a mere apology solve everything? What are we supposed to do about the sick mindset? Over the years, so many politicians have been called out for their insensitivity towards women, women’s issues and crimes like rape. And yet, they don’t learn? They continue to think rape is something women can learn to come to terms with because men won’t change their ways! We’re letting such sick-minded people run our country. But when comedians like Vir Das call out the country’s attitude towards rape, we want to outrage and call him anti-national?

It is imperative that concerned authorities take prompt actions against such leaders who trivialise heinous crimes like rape and the pain and trauma that survivors go through. And what about the other members and speaker who were present in the Assembly? They also need to apologise for turning a shameful comment about rape into a laughing matter. Fie for shame, all of you!