Nirbhaya’s Friend Was Making Money By Giving Interviews After The Incident, A Journalist Has Said. We Hope It’s Not True 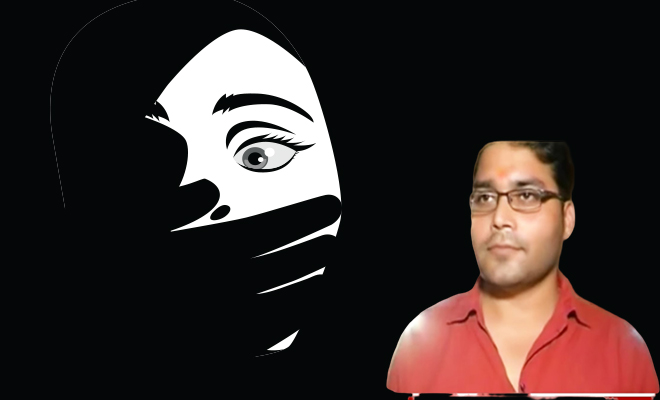 In light of tragedy, what is the first thing that comes to your mind? Is it empathy? Compassion? Or shock? Or sheer anger directed at the culprits?  For someone like me, and many others, the answer would be all of the above. Especially in a case as abhorrent and gut-wrenching as that of the Nirbhaya rape case back in December, 2012. This was an incident that shook the nation and forced people out on the streets to protest and demand justice for the woman who died as a result of the assault. And this was the reaction of people that weren’t even closely related to Nirbhaya besides just being irate at the shocking events. So naturally, when it comes down to the person who was there that ill-fated night and witnessed the crime, you’d think his emotions would only be amplified in every aspect and it would be understandable. Except, we some dodgy details have come up and we are hoping to god, these things are not true.

Now, I am the last person who would jump down to conclusions and project my view over something as the sole truth, but I am also the first person to call a spade a spade, and as much as it breaks my heart, the story that has emerged is a pitiful one – that Nirbhaya’s friend who was present during the night of the crime, was in fact charging money to give out interviews and sharing details of the tragic incident that befell the two. And on a normal day, someone making money off of an interview wouldn’t be a big deal, but this was far from normal.

Also Read : Demi Moore Was Raped And Sold To A Man At The Age Of 15. And Her Mom Knew It. This Shook Our Faith In Humanity

This was an allegation by journalist Ajit Anjum who had conducted a sting operation back in 2013 to confirm whether this was true and in a series of tweets, Ajit claimed that the guy along with his uncle was charging thousands for interviews. And not like our faith in humanity was already much, but this clearly took whatever little of it was left, away.

Awindra Pratap Panday, Nirbhaya’s friend who too was brutally beaten that night and was made to witness his friend’s gruesome gang rape, had stooped down to the level of using the national outrage the case has caused to make money and we simply can’t discount the level on insensitivity this would insinuate. Ajit Anjum said,  “This incident is from September 2013. The accused in the Nirbhaya rape case were sentenced to death by a fast track court. There was continuous coverage about Nirbhaya gang rape case on all the channels. At the same time, Nirbhaya’s friend was narrating the story of the heinous incident on some channels.”

Further writing, “I asked my reporters to bring Nirbhaya’s friend to the studio. After some time, I was told that his friend goes to the studio with his uncle and charges thousands for an interview. I could not believe it at first. It was mad. I was baffled at the fact that the boy, in front of whom his girlfriend was gang-raped, was making ‘deals’ with channels for telling her story. I was constantly watching him on TV. I never saw the pain in his eyes.” If this is true, it’s awful.

Sharing the details of the sting operation that Ajit had conducted to be assured of the fact that Awindra was doing it consciously and not under the influence of his uncle, Ajit tweeted, “I decided that I would do a sting operation on this friend of Nirbhaya’s and expose him on air. My reporter sat in front of me and talked to the boy’s uncle from his mobile. He demanded Rs one lakh for coming to the studio. Money was given in front of the boy for a studio interview. Everything was recorded. He was then taken to the studio. After ten minutes into the conversation, the boy was asked why does he take money from channels to narrate the story. The boy kept refusing that he takes money to appear for the interviews. Then during the recording, the boy was shown part of his sting on screen. It was then he apologised in front of the cameras.” Ajit also wrote how he decided to wait until now to come forward with the information, for he feared that the lawyers of the accused may want to use it to their advantage in the case.

And while the lawyers of the accused may not have been able to use it to their advantage, if this entire episode is true, the boy who survived certainly did and shame on him. At a time when your opinion and words may be able to move the nation towards justice for such heinous crimes, to hold back on sharing the plight and crucial details unless you’re getting paid for it, is hitting another level of low. And it is such indifference towards humanity and justice that breaks our heart.

Also Read : Finally, Justice Has Been Served In The Kathua Rape Case