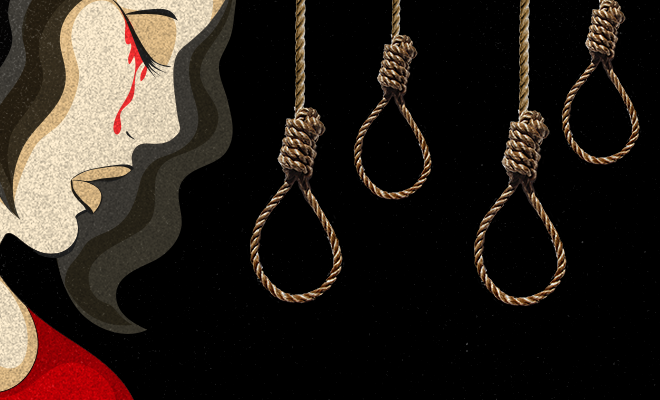 We live in the world’s largest democracy, yet our judiciary is getting easily manipulated by four death row convicts who have committed the worst crime in the entire decade. The Nirbhaya gangrape and murder will always be remembered as the case that sent shivers down every woman’s spine and was maybe the reason India got termed as an unsafe country for women. Needless to say, we do live up to that “title” because neither is the country safe for women nor is our judiciary being able to avenge 23-year-old Jyoti Singh.

The reason I am beyond disappointed today is that the four convicts Mukesh Singh, Vinay Sharma, Akshay Thakur, and Pawan Gupta will not be hanged tomorrow as directed originally. This is the 3rd time this is happening. Delhi judge Dharmendra Rana has put a stay on the execution until further orders, so not only will they not be executed tomorrow but we don’t know when they will be.

This comes after Pawan Gupta files a mercy petition before President Ram Nath Kovind merely 13 hours before he and his co-convicts were scheduled to be hanged. Pawan’s lawyer AP Singh acted fast in filing the mercy plea only hours after his client’s curative petition was rejected by the Supreme Court. We know that the mercy plea has reached the President’s house, but no decision has been made yet.

Also Read: A Fresh Death Warrant Has Been Issued For The Nirbhaya Convicts And We Are Hoping There Are No More Delays

In his order, Judge Rana said “I am of the opinion that the death sentence cannot be executed pending the disposal of the mercy petition of the convict. It is hereby directed that the execution of death warrants against all the convicts scheduled for 03.03.2020 at 6 am if deferred till further orders.”

This will be the third time their execution date has been postponed and I have to say the wait is getting extremely frustrating and people have started to lose hope in our administration. These men are literally our country’s most hated men and our judiciary isn’t even being able to go through with their black warrant especially since it has been 7 years since Jyoti Singh succumbed to her injuries.

Watch | "Our system is supporting the convicts," Asha Devi, #Nirbhaya's mother said soon after the hanging of the convicts was deferred. #NirbhayaCase #NirbhayaConvicts

If we are so deeply hurt by this, one can only imagine the agony faced by Nirbhaya’s mother. On hearing about the stay order on the execution she said “This shows the failure of our system. The whole world is watching how justice is being delayed in India. It is the third time that the hanging of the four convicts has been deferred.”

She further added, “I lose hope every day, but I stand tall every day. They would have to be hanged. There could not have been a worse case than Nirbhaya but still, I am struggling to get justice. The courts are sitting and watching the drama.” There can’t be a worse feeling in the world. Not only did she lose her daughter because of what those monsters did but now even our judicial system is failing her.

I don’t understand why it is such a task for us to conclude this case, but it needs to be done. Enough of this postponing BS!