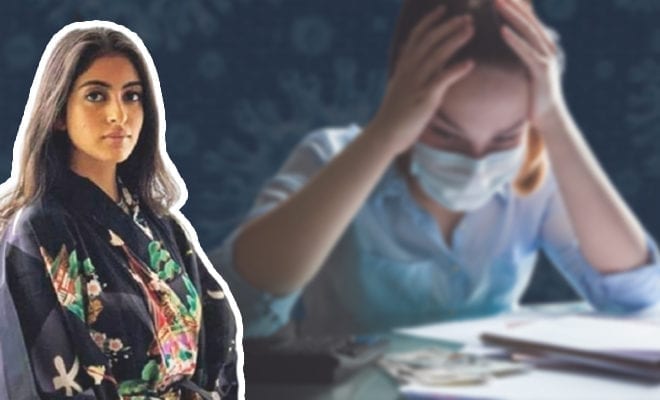 Navya Naveli Says The Pandemic Has Disproportionately Impacted Women. She Is Right.

With women taking over big MNCs, travelling into space, representing countries at an international level, winning golds, serving in the army, governing nations, we had almost started to believe that the era of the women had finally descended upon us. And just when things were falling into place, we were struck with the pandemic and the world stopped spinning on its axis since then. Pushed into stillness, the pandemic has managed to uproot not just countries and economies, but also the progress that women had made in the world. And speaking about this in a similar vein was Navya Naveli Nanda.

Known for standing up for philanthropic and socially relevant causes, Navya Naveli who recently launched her own initiative “Project Naveli”, has always been vocal about bridging the gender gap in our country. And even though she has actively made efforts to bring about that kind of a change, she shares how the pandemic may have sent women back by decades.

Also Read : Navya Naveli Schools A Troll Who Asked Her What Work Her Mother Does. Her Response Was Sassy AF!

With this, she had shared an article that further talked about how the gender gap has managed to grow (instead of shrink) by 36 years in just a span of 12 months. A realisation that is rather worrisome for the women in the world.

A report that was shared by the Forbes Magazine stated, “On its current trajectory, it will now take 135.6 years to close the gender gap worldwide. This is a steep increase from the previous Global Gender Gap Report, which predicted 99.5 years.” Considering how opportunities have been snatched away from everyone during this time, especially the women, it is heartbreaking to see that yet again, women’s efforts have been washed down.

However, Navya isn’t just concerned about sharing the disturbing statistics, but is trying to do her bit into bridging that gap. “Through Project Naveli, I hope to bridge the gender gap in India by providing women with access to resources and opportunities that will allow for economic and social empowerment,” aims Navya Naveli. And despite the odds not being in our favour right now, one can only hope for the best!

Also Read : Navya Naveli Is Sassy And Smart And She’s Giving It Back To Trolls