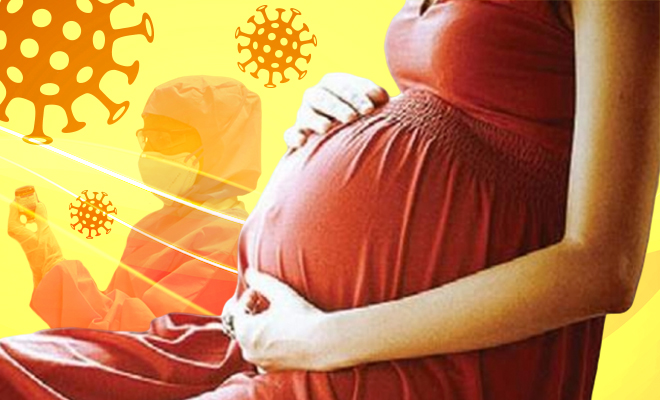 With every passing day during this second wave, the situation of the pandemic and its impact on people here in our country keeps getting worse. As we wake up to worrying news and developments every day, with people running out of medicines and oxygen, hospitals falling short of beds and crematoriums being inundated with bodies of loved ones lost, no one seems to be safe anymore. Especially the women who are pregnant at such a time, which makes their situation all the more sensitive and dangerous.

And while we appreciated the idea behind the initiative, what is perhaps alarming is the number of help calls being made by pregnant women to the helpline. With a staff of 40 to manage the calls and arrange for what they might need, from beds to oxygen to plasma and more, the people supporting the campaign have been all hands on deck.

From urgent requirement for a ventilator bed to the need for plasma, about 648 calls of help were received by the NCW for pregnant women in the last 20 days.https://t.co/jWLVssac49

In fact, NCW Chairperson Rekha Sharma recently revealed how, “Till today, the helpline has saved 648 such pregnant women and their babies.” A statistic that makes us worry about the health condition of expecting mothers.

She shared, “In its initial days, the helpline received several requests for plasma after which we called for people who have recovered from COVID to come forward and donate plasma. People responded very positively to the NCW’s call to save two lives by donating plasma for pregnant women and currently the helpline has plasma donors from across the country who have readily agreed to help.”

Proving to be a godsend for pregnant women, Rekha Sharma recalls several incidents where in they were able to help out women at critical stages. One such time included the case of a 29-year-old in Bengaluru who urgently required a ventilator bed.

“Every authority from the district health officer to the police commissioner was contacted for arranging the ventilator. Even the highest of our officials were involved. The team also contacted the health minister’s office for help. Finally, after a night-long battle, a ventilator was arranged for the patient and she was shifted to an ICU,” shared Rekha Sharma.

Although the campaign started with just a handful of people, willing to work towards the cause, it has now gathered a lot more people on board. From celebrities to social workers, activists and doctor, many have stepped forward to amplify the reach of the helpline.

Also Read : Doctors And Medical Experts Are Urging The Centre To Include Pregnant And Lactating Women In The COVID Vaccination Drive