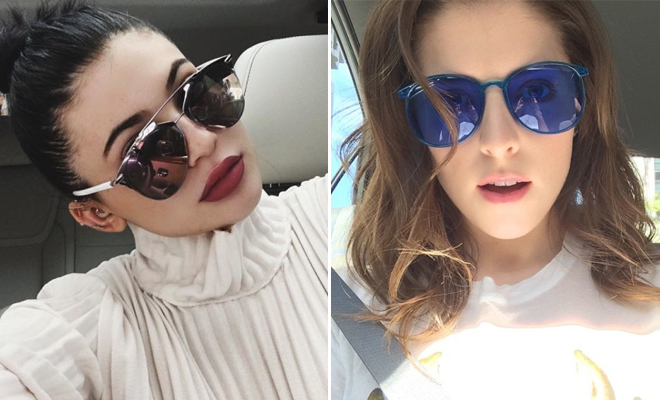 The selfie trend exploded on the internet after Kim Kardashian took to Instagram a few years ago and flooded our feeds with pictures of herself all day, every day. Considering how anything that members of the Kardashian-Jenner clan do becomes global news, their favourite pastime of taking pictures of themselves became a big trend for common folk too.

Surprisingly though, when Google announced its top trending selfies of 2015, neither Kim nor her youngest sister Kylie made it to the Top 3. In fact, you won’t believe which photo is the No. 1 selfie of 2015.

Keep scrolling to see the 10 Most Googled Selfies Of 2015:

American President Barack Obama’s 16-year-old daughter Malia was in the news earlier this year for a selfie that showed her wearing a t-shirt bearing the logo of controversial Brooklyn-based hip-hop collective Pro Era (after its lead rapper was charged with assault). Naturally, the picture went viral because of its politically-incorrect ramifications. I’m sure you’ll remember it because you — like everyone else in the world — probably Googled it. My mind is officially blown.

When Miss Lebanon posed with Miss Israel on the sidelines of the Miss Universe pageant 11 months ago, it caused an outrage on the internet with angry Lebanese citizens saying she shouldn’t have taken the picture because of the on-going conflict between the two countries. We’re still voting for world peace, though.

When American television personality Al Roker clicked this happy picture with his crew while reporting from a historic flooding incident that destroyed thousands of homes and left 11 people dead, the internet did not spare him. This selfie made global headlines in October criticising him for his insensitivity.

Two Canadian brothers Michael and Neil Fletcher rescued this majestic bald eagle stuck in a hunting trap and clicked a selfie with it before setting it free. Their act of kindness landed them on the number 4 spot on this list.

If you type “Anna” on Google, her name is the first thing that pops up. Can anyone tell that this beautiful actress is 30?

This cutie is the only man on this list. Plus how hot is the actor? Enough said.

The American songstress managed to make her way into this list without actually having an Instagram account. Whether I find her interesting or not, this is pretty incredible.

Miley Cyrus has been in the limelight for most of 2015, in no small part thanks to her shockingly outrageous (and barely there) outfits both on stage and off it. Naturally she had to be part of this list. What shocked us — and probably the rest of the internet — was the fact that she actually owns normal clothes too!

Besides (barely) making it to the No. 9 spot on Google’s 2015 list, this 18-year-old is also on the 30 Most Influential Teens of 2015 list by Time magazine. Not hard to believe when her new Lip Kit sold out in 30 seconds recently.