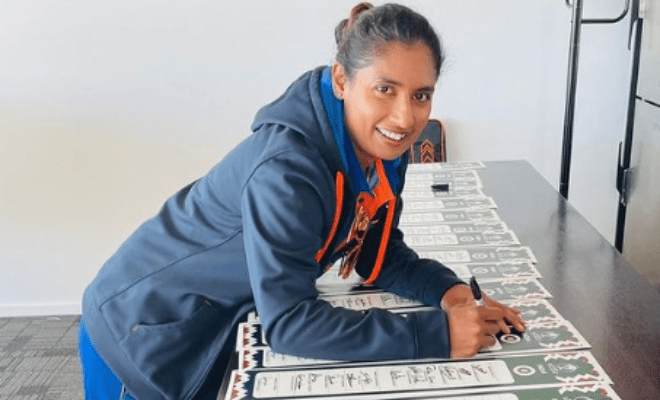 Mithali Raj Announces Retirement From International Cricket. We Will Miss Her On The Field!

Mithali Raj’s name is synonymous with women’s cricket and it is a sad day for women’s cricket enthusiasts today. Mithali Raj, the captain of the Indian women’s cricket team has announced her retirement from all forms of international cricket. The Indian batter made this huge announcement on Twitter which has left her fans heartbroken.

Taking to the micro-blogging platform, Mithali penned a long note announcing her retirement. She wrote, “I set out as a little girl on the journey to wear the India blues as representing your country is the highest honour. The journey was full of highs and some lows.” She further wrote, “The last 23 years have been the most fulfilling, challenging and most enjoyable years of my life.”

Thank you for all your love & support over the years!
I look forward to my 2nd innings with your blessing and support. pic.twitter.com/OkPUICcU4u

Then she went on to announce, “Like all journeys, this one too must come to an end. Today is the day I retire from all forms of international cricket.” She also thanked the BCCI and the secretary of BCCI, Shri Jay Shah for the support she has received from them. Talking about leading the Indian women’s cricket team, Mithali Raj then went on to write, “It was an honour to have led the team for so many years. It definitely shaped me as a person and hopefully helped shape Indian women’s cricket as well.” Lastly, she went on to thank her fans for all the love and support she received from them.

She captioned her note by writing, “Thank you for all your love and support over the years. I look forward to my second innings with your blessings and support.”

Mithali began playing for the Indian team when she was 16-years-old and was the captain when the team reached the World Cup finals twice. She is the only Indian woman player to have scored a double century in 20o2 against England.

Also read: ‘Shabaash Mithu’ Teaser: Taapsee Pannu Is All Set To Hit It Out Of The Park As Indian Women’s Cricket Team Captain Mithali Raj

Mithali also had a biopic made on her titled Shabaash Mithu which will release in theatres on July 15, 2022.