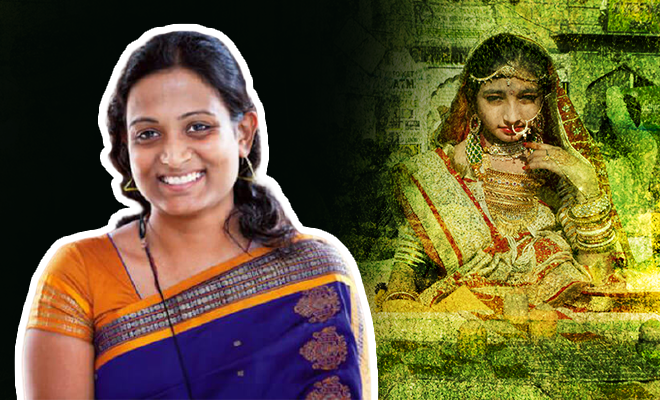 Meet Dr. Kriti Bharti, The Woman Who Has Saved Almost 1400 Child Brides From Marriage. She Is A Legend!

They say, it takes courage to do the right thing. And while it may be true, what is often left unsaid is how it also takes commitment and a sense of fearlessness to go through with that right thing, especially when it comes with a risk to one’s own life. Which is exactly what Kriti Bharti, a doctor who runs the Saarthi Trust, an NGO dedicated to rehabilitating victims of child marriage, considered when she decided to help young girls escape the hold of lifelong trauma, by rescuing them from child marriages.

The 32-year-old woman, born in Jodhpur and making headlines all across the country, was born against all odds after spending only 7 months in her mother’s womb.  Her father had left her mother before she was born, and the stress had brought complications to the pregnancy. She shared, “I learned what abuse and exploitation were even before I knew how to read the alphabet. They said you could either save the mother or the baby. The situation was pretty filmy (laughs).”

However, still going through with the birth, Kriti Bharti’s mother soldiered on and Kriti was born, but into a dysfunctional and abusive environment where she would often be taunted and had abusive slurs thrown at her. In fact, the resentment her family had towards her went to the extent of a relative slow-poisoning her. “The poison affected my spinal cord, due to which I was left paralysed. I couldn’t walk or sit, or even go to school. My mother spent the next two years exhausting all avenues for my treatment.”

Continuing to live a troubled life, one would think a person may lose all hope, but Kriti was from a different school of thought. She kept taking remarkable efforts to improve her life, all of which were contributing to the society. Like, changing her surname and taking on the name “bharti” as she said, “In India, especially if you’re a woman, a surname holds too much importance. But I don’t care for any religion or caste, and so I took on ‘Bharti’, which simply means, ‘Bharat ki beti’ (India’s daughter).”

From then on, Bharti commenced working with NGOs, and realised that efforts at the root level were somewhat missing. That is when the roots for Saarthi Trust were laid down in 2011 when Kriti was only 22.  Taking on important cases, like that of an 18-year-old Laxmi Sargara from Luni, Rajasthan, whose child marriage was fixed when she was only 1 year old, Kriti fought to get such unfair cases of child marriages annulled.

Laxmi’s annulment was the very first she was able to do, and from then there was no looking back. The number went up to 41 child brides whose marriages were annulled by her efforts, all the while being able to stop close tp 1400 marriages from taking place and also  rehabilitating 7,000 children under various programmes, including victims of child labour, sexual offences, and HIV. During the process, Kriti also admitted to receiving severe rape threats, demanding she drop the case. Dr Kriti says local politicians even threatened to shut her NGO down on national television as well.

The initiatives, efforts and success achieved by Saarthi has been groundbreaking and left all of us aw inspired by how a woman, who rose from her own trauma, was able to grant a new life to all such women, who have been victims to the social evils of our country, like child marriage. Clearly, we need more women like her!

Also Read : More Women Are Getting Married Later, According To The SRS Of India. But Child Marriages Are On The Rise. This Is Worrying