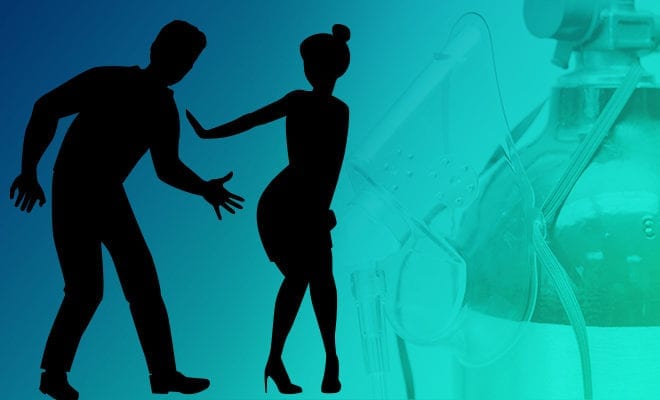 It took me a long time but I finally realised that no matter what we do, we can’t escape sexism. Our society is just designed like that. Women will always be on the disadvantageous side and we’ve been forced to make peace with that fact. However, after listening to misogynistic men spew their garbage over and over again, it’s impossible not to get infuriated. On that note, the comments that have us riled up at the moment have been made by Maulana Swalih Bathery from Kerala. According to him, women who leave their house after 9 pm are prostitutes and deserve to be raped or worse. Our country will never progress if men like him are in power.

Maulana Swalih Bathery, a famous cleric in Kerala who is suffering from Hutchinson-Gilford progeria syndrome (HGPS) or the “Benjamin Button” disease, has been caught on camera making extremely controversial statements that have our blood boiling. He said that women shouldn’t leave their houses after 9 pm. If they do, they are prostitutes and deserve to be attacked. In what world does this make sense? It just seems like these men are still living in the 1800s.

Also Read: Politician Dilip Ghosh Is Offended By Mamta Banerjee Showing Legs In A Saree Which Is Not Bengal’s Culture. Erm, What?

‘Women who go out after 9 pm are prostitutes, they deserve to be raped’: Kerala’s Islamic cleric Swalih Batheryhttps://t.co/LJGezCZjyh

Reportedly, Swalih Bathery made these derogatory statements to defend a rapist, Govindachamy, who has been accused of raping and murdering a girl in 2011. Swalih Bathery criticized the judgement passed in this case. During the trial, Govindachamy had defended himself by saying that he raped that girl because she was travelling at night. And all the girls who do that are essentially prostitutes. In 2016, the Supreme Court set aside the death penalty for Govindachamy and reduced his sentence to merely 7 years in jail for rape. You’ll forgive me when I say our systems are broken, won’t you?

I want to point out all the things that are problematic with calling women prostitutes and saying they deserve to be raped and killed just because they’re out of their homes after 9 pm. But it’s pointless. All I can think of is the thousands of people this Maulana’s speech must have inspired. He is propagating such disturbing notions. How are we to curb violence against women when men like him are in power?

In Tamil Nadu, A Politician Said Women Are Starting To Look Like Barrels Because They Drink The Milk Of Foreign Cows