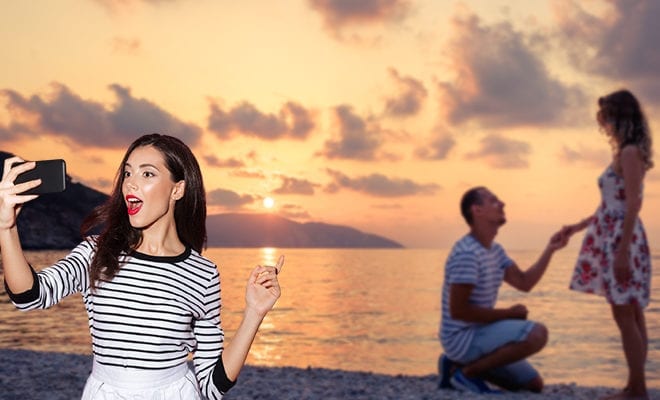 Man Gets Angry At Woman Who Photobombed His Proposal Video. Netizens Stand Divided On The Matter!

‘Perfection’ is pegged as a pre-requisite on your most important days, like your wedding or proposal day and that is probably overrated and unattainable. Even so, it doesn’t stop us from trying our best to make the moments that are special to us flow as seamlessly as possible. Like one’s proposal, for instance. A moment that many have now started to record and cherish, for it is just that personal and special, except according to one woman who decided to photobomb it for a couple in Texas.

A video and a rant on TikTok by the guy whose proposal was essentially ruined by a rather nonchalant woman who popped into the couple’s frame during their proposal, has left the netizens divided on their views on socially acceptable etiquette.

Javier Maldonado, was down on his knees, proposing to his partner, Anthony Rodriguez at the Gerald D Hines Waterpark in Houston last month. As he said, “I love you. You are the man that I want. I want to live the rest of my life with you. Will you marry me?” a woman waltzed into the background, trying to find a good spot to get herself clicked. 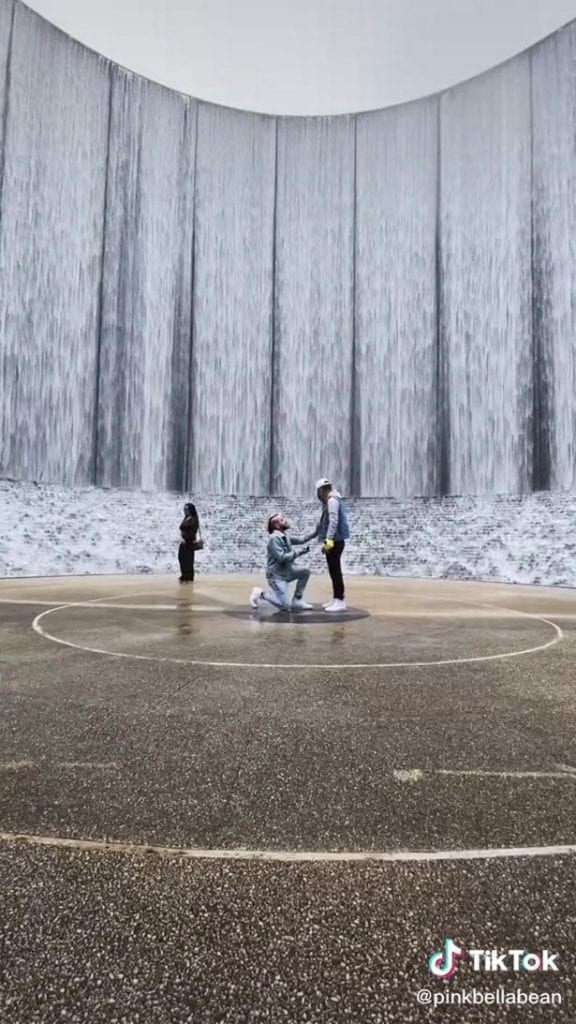 Maldonado recalled the time as he shared, “A random lady decided to take pictures on my proposal video.” He also happened to mention how he had waited for his “turn to do the video, but the lady didn’t want to wait.” A picture at the cost of someone’s memory, it seems kind of rude.

If that wasn’t enough, Maldonado also shared how the woman kept walking closer and closer to find a better spot for pictures saying, “Right here, it’s a good spot.” It wasn’t till long after that the woman realised her mistake and decided to step back while looking back at the couple, as shared by Daily Mail. 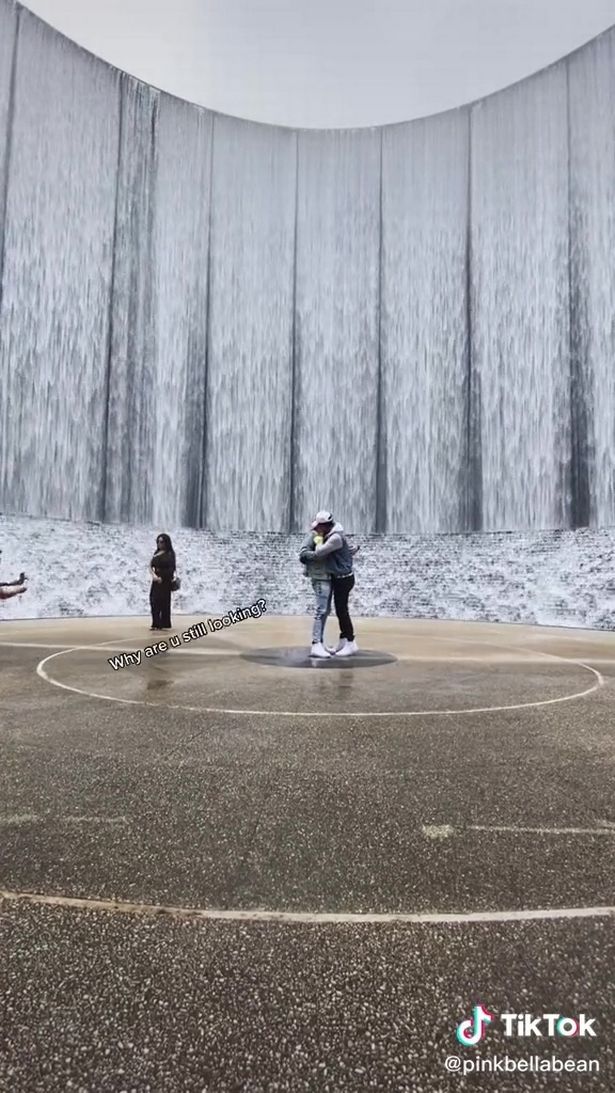 The clip that was posted by the understandably angry Maldonado invited a lot of flak from netizens for the woman in the frame, sparking a debate over whether or not it was okay has already garnered over 3 million views in just a couple days. One user wrote, “She has to pay for your wedding now”, while another with a differing viewpoint said, “It was an innocent thing”.

While people argued over how it was a personal space and that they’d have to be ready for walk-ins, others backed up Maldonado by saying how it was a little too obvious to not notice. While we figure out which side of the debate we are on, what are your views on it?