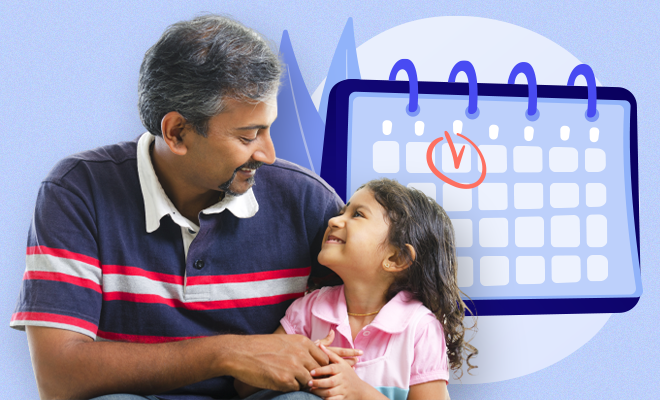 Male Government Employees Who Are Also Single Parents Will Be Entitled To A Child Care Leave, Says Union Minister Jitendra Singh. We Are All For This

There’s a question that has been on everyone’s minds for a while. Should men be able to avail for paternity and child care leaves? Ideally, they have as much responsibility for the child as the mother. However, if this lockdown has taught us anything it is that men need to be coerced and forced into helping out at home. The good news though is that our government seems to understand that fathers have a responsibility towards their children as well. Union Minister Jitendra Singh announced that male government employees who are single parents are now entitled to child care leave.

This is a huge step forward. Now, the men who are single parents will be able to give their children the attention and care they need. Jitendra Singh said that “Single male parent” includes employees who are unmarried or widower or divorcee and may therefore be expected to take up the responsibility of caring for a child single-handedly. He also announced that this decision was taken a while ago but it did not gain traction with the public. Of course, it didn’t since no WhatsApp chats are getting hacked and shared here. Bad joke?

Anyway, according to an official statement, an employee on child care leave may now leave the headquarters with the prior approval of the competent authority. The employee can also avail for a Leave Travel Concession (LTC) if he is on child care leave.

Also Read: IAS Officer Joins Work Within 14 Days Of Childbirth And Brings Daughter To Work. Now That Is Some Commitment

Here comes the best part though. It turns out that the government was more than generous with this child care leave. Single men who avail this leave will get their entire salary for the first 365 days and 80% of their salary for the next 365 days. How awesome is this? Now, men who are single parents can fully care for their children without having to worry about the monetary aspect of it all.

This is not the only reform though that was introduced by Jitendra Singh. Based on inputs received, another welfare measure that was put into place relates to cases with a disabled child. He said that the condition of availing child care leave up to the age of 22 years of the child has been changed. Now child care leave can be availed by a government servant for a disabled child of any age.

The purpose behind this child care leave is to enable all these government employees to contribute to their maximum potential. As amazing as this initiative is, I can’t help but wonder just how much is going to be put into effect and how much is just on paper. You see, our government officials aren’t exactly known to stick to their words.

However, if we overlook that, this child care leave initiative will enable men to look after their children and take responsibility for their households. More than anything, it establishes the fact that even in houses with two parents, the men still need to take care of the children.

We are all for this!

As Maharashtra Gets Ready To Implement Foster Care Scheme, 40 Orphans To Get Families. But Will This System Work Within Indian Society?