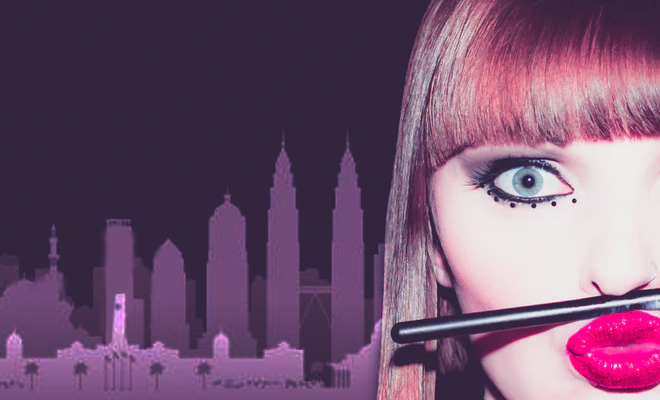 Malaysia’s Women Affairs Ministry Asks Women To Put On Make Up And Dress Nicely During The Lockdown To Avoid Conflict With Husbands. WTF?

I was extremely annoyed this morning. Do you want to know why? It is because people, not just in India but globally, fail to understand that women can’t be blamed and oppressed for everything. This isn’t the 1850’s anymore where men would just walk all over their wives and expect them to apologize for it. Wives don’t sit around “looking pretty” waiting for the husband to come home after a long day so they can serve him food. Even expecting something like that is redundant and especially right now when we are facing a global crisis that could very well change our world as we know it.

Another thing, I would pay actual money to meet the man who started this “nagging women” stereotype. I am a 100% percent sure it was man, a very pathetic man. Have you actually thought about this because I have and I realized that agreed there are some women that nag their husbands but that doesn’t mean there aren’t more than a few husbands that breathe down their wives necks all the time. This stereotype needs to die. But I am sorry I know it’s unnatural to blame men for anything. It’s never their fault.

The reason I am so irate right now is that the Malaysian authorities posted some tips and tricks that would make life under lockdown more bearable. And since you’ve read the above paragraphs, I am sure you have an idea of what those tips consist of. But, please allow me to enlighten you.

In a series of online posters with the hashtag #WomenPreventCOVID19, Malaysia’s women’s affairs ministry issued advice on how to avoid domestic conflicts during the partial lockdown, one tip: dress up and wear their makeup while working from home! https://t.co/MF9DbeecUS

Also Read: In This Lockdown, While Women Are Not Only Battling The Extra Domestic Duties But Also Sexism Because The Men Don’t Help Around The House

In a series of Facebook posts, the Malaysian women’s ministry thought it was a good idea to let the wives know what behaviour is expected of them during this lockdown. Yeah, I know it sounds like I have just opened some portal to the past but that is exactly what they’ve done.

These now-deleted posts had the hashtag that translated into #WomenPreventCOVID19 and talked about how women need to avoid creating conflict at home. One of the posters showed a man sitting on a sofa and it asked the women to avoid sarcasm while asking the men to help with household chores.

Another poster showed a couple of hanging clothes together to dry and advised women to “avoid nagging” their husbands. How badly do you want to flip them off right now?

Another one advised the women to talk to their husbands in a Doremon voice to interject some humour. So basically, women have to talk like a cartoon cat just so the husbands are not irked. Unbelievable!

Malaysia apologises after telling women to avoid nagging their husbands during the coronavirus lockdown in a series of Facebook posts offering 'tips on behaviour' https://t.co/dXA6v6E5Qm pic.twitter.com/GQUBJhQdcw

Also Read: Odisha CM Naveen Patnaik Has Urged People To Not Overburden Women During This Lockdown. It’s A Great Message But Why Do They Need To Be Told?

This next one really took the cake though. The poster advised women who are working at home to wear makeup and dress up nicely instead of just wearing casual clothes. Women are also asked to keep the kitchen and the living rooms clean to keep a clear mind through this lockdown.

Did nobody in that entire ministry realise just how sexist these were? Did nobody stop to question the fact that these essentially blame the women for all the conflicts that happen between couples? That is the only reason they have asked women to go the extra mile to keep their husbands happy, isn’t it? I am sorry I have never been married, but from what I understand it is a two-way street. So, did we miss the “suggestions” that the Malaysian authorities made to the men on how to keep their wives happy?

Once they posted this serious of bullshit, there was a huge sexist outcry on social media. I don’t know how they weren’t expecting it, but the women’s ministry apologized. They said in a statement “We apologise if some of the tips we shared were inappropriate and touched on the sensitivities of some parties.”

Have you ever heard of the phrase “sorry does not make a dead man alive”? They needed social outrage to understand what they did was supremely sexist. Even though they apologized after it doesn’t change the fact that they thought it was acceptable to post those in the first place. And, who the hell even thought of getting the women to talk like Doremon? I know men are big babies but that is just downright disrespectful towards women.

I know everyone is under a lot of stress because of the coronavirus. But does that mean anyone is allowed to tell women how to behave and what to do to make this better for the men? No fucking way.

Let’s work on making this equally less stressful for people, despite their gender. Yes, that is possible.

This Guy Built A Comfort Castle For His Wife Who Is A Doctor At The Frontline Of Coronavirus Battle To Help Her De-Stress. This Is So Adorable.