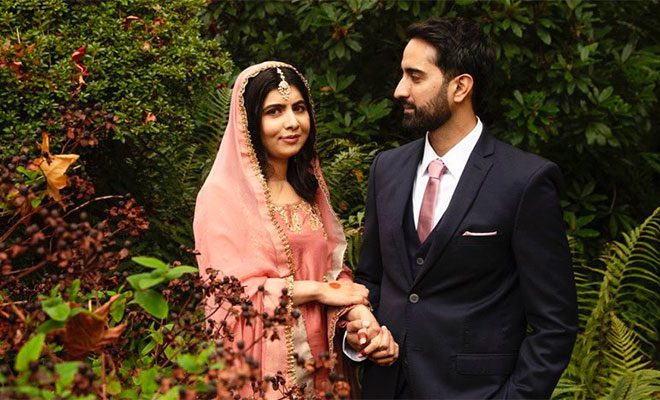 Malala Yousafzai Trolled On Twitter For Getting Married, She Issues Clarification

I consider myself a feminist. Having said that, I am the first person to admit that there are many in this community that don’t fully understand the point of feminism and use it as a tool to bash other women with. The irony of the fact that feminism is about giving women choices while these women use it to dictate what others should or shouldn’t be doing is simply priceless. However, it is great that there are multiple women talking about this and calling out those who shame others because we need to stand up for one another. Recently, Nobel Prize winner Malala Yousafzai who is one of the biggest names in modern-day feminism and is a big advocate for women’s education, was a victim of this bashing as well when she got married.

After announcing her marriage to her now-husband, Asser Malik in a private ceremony via Twitter, some netizens took to Twitter to troll Malala for getting married in the first place. (Yeah, I am equally as lost on this one.) She was reminded of the words she had spoken in June to British Vogue saying, “I still don’t understand why people have to get married. If you want to have a person in your life, why do you have to sign marriage papers, why can’t it just be a partnership?” In an interview with BBC, she clarified her statement as she said that she was never against marriage. She admitted having “concerns about marriage” due to the misogyny and patriarchy attached to the institution. Malala says that she is lucky to have found a husband who “understands her values.” Malala Yousafzai additionally said, “So, you have to question the systems that we’re living in and you have to question the status quo, but I’m lucky that I’ve found a husband who understands my values.”

First, Congratulations to Malala Yousafzai and her husband for having found each other and their recent marriage. Second, the fact that she was almost trolled for getting married is infuriating and hilarious at the same time. Feminism is about having a choice. What a woman chooses to do with her life is no one else’s business. People need to understand that using feminism to question and dictate a woman’s choice is contradicting the point of the movement. Moreover, there is no right or wrong way to be a feminist. As long as you’re someone who respects and protects women’s choices and equality in the world, you can be defined as one.

Former Kerala MP Asks Girl Students Not To Bend In Front Of Rahul Gandhi As He Is Not Married. WTF?