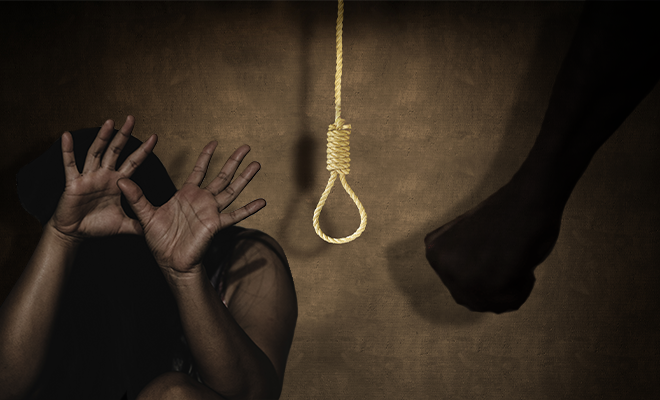 Ever since the lockdown has been imposed upon us, cases of violence against women have increased drastically. Domestic abuse cases have climbed and rapes are more frequent than ever. Just last month a heinous gang rape from Mumbai came to light. A woman was gang-raped in a hotel. However, now various state government have taken this rapidly increasing problem of women’s safety into account and are finally doing something about it. The most recent initiative is being taken by the Maharashtra state government. They recently approved a draft Shakti Act bill that includes death penalty, life sentence, and hefty fines for people who commit heinous crimes against women and children. This is the need of the hour!

The draft bill, approved by the Uddhav Thackeray-led government, seeks to amend relevant sections of the IPC, CrPC and the Protection of Children from Sexual Offences (POCSO) Act. After discussion and approval from both houses of legislature, Home Minister Anil Deshmukh said the bill was to be called Shakti Act.

The minister said that this new law aims to control heinous sexual offences against women and children. He added that it provides for a complete investigation and trial within a stipulated time-frame and stringent punishment, including the death penalty and heavy fines, for the culprits.

Speaking about the development, #Maharashtra Home Minister Anil Deshmukh said the #ShaktiAct is being brought in to "safeguard women and children".
(@mustafashk)https://t.co/xZui04rSYG

Also Read: Tamil Nadu CM To Push For Stricter Laws For Crimes Against Women And Children. Hopefully, All The Other States Will Follow Suit

This is a great initiative and it was much-needed. Even though Maharashtra is safer for women than most states of India, we still need a rigorous law that will boost women’s safety. Hopefully, all aspects of this Shakti Act will be enforced. It also calls for special police teams and separate courts will be set up for investigation and trial of cases against women and children.

According to this law, if someone is found guilty, they will be punished with imprisonment for life for not less than ten years but may extend to the remainder of natural life or with death in cases which have characteristics of being heinous in nature. Also, under the proposed legislation, a sum of 10 lakh will be given to acid attack victims for facial reconstruction. The money will be taken from the accused.

Here comes the tricky part though. The proposed law states that investigators will have to complete probes within 15 days from the date of registration of offence. This can be extended up to 7 days. Then, after the charge sheet is filed, the trial must be completed in 30 days. On paper, this sounds amazing. But we all know what happens in reality. It takes years before a case reaches court and even after that it stretches on for years.

The #MVA government of Maharashtra to bring #ShaktiAct under which the criminals of Rape to get strict punishments including Death sentence and life imprisonment!

As per the information, Cabinet has already cleared the draft and the bill will be produced in the house soon! pic.twitter.com/0BHQQ3CZkU

According to the Shakti Act, threatening and intimidating women on social media, making false claims of rape, molestation, acid attack, non-cooperation in an investigation, disclosure of victims identities in case of molestation and acid attack will also be considered a crime.

The Shakti Act is based on the lines of Andhra Pradesh’s Disha Act. Which was passed last year to curb violence against women. But it hasn’t been enforced the way it should’ve been.

We have high hopes for the Shakti Act. There is no denying that it’s the need of the hour and that it’s a great initiative. Our only concern is how properly will it be executed?

Yogi Adityanath Has Ordered That Every Police Station In UP Have Women’s Help-Desks. It Took Them Two Violent Gang Rapes To See The Need For This