If you are a woman who uses social media, then you must have received some disturbing messages. And if you haven’t, you might be God’s favourite child. When we receive those unwanted messages or DMs, we tend to ignore them as we don’t want to deal with such shameless humans. But have you ever thought of taking legal action against such people? Well, one woman did think about it and she is here to help us as well. A lawyer filed a case against a man who tried to harass her by sending rape threats online.  It’s time to teach them a lesson!

A woman named Rupali Sharma – a lawyer and content creator posted a video on her social media in which she shared a man was harassing her with rape threats repeatedly. After some time, she decided to file a complaint against the man. Rupali reported the man to the Cyber Crime Police Station in Gurugram and they arrested him and put him in jail. In the caption, she mentioned that it is disgusting and scary how comfortable some people in our country have gotten with sending rape and death threats to women and girls. She said that some things need to change because these threats can turn into real rape or murder. Furthermore, she wrote, “IF YOU THINK YOU’LL GET AWAY WITH IT, YOU BETTER CHANGE YOUR MIND. You belong in jail. I’ll just keep calling out the creeps, each one of you, just so you know that I am not afraid of you.”

In the comment section, many people praised her for filing a complaint against the troll. 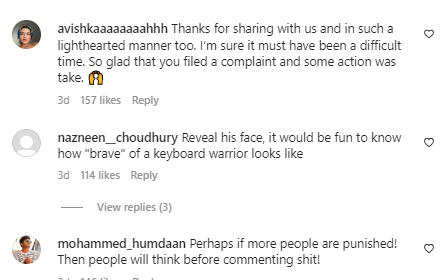 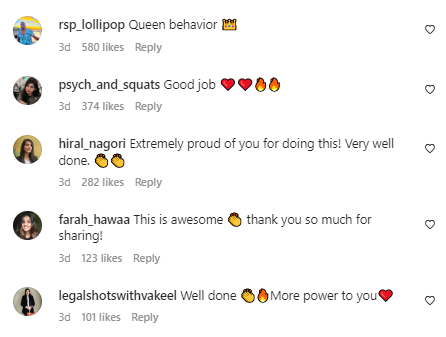 Also Read: Former MP Dr Sasikala Ramaswamy Molested In Public, The Sheer Entitlement Of Men Thinking They Can Get Away Is Sickening!

The internet and technological advancements can be dangerous, especially for women and we should know how to protect ourselves from online harassment.