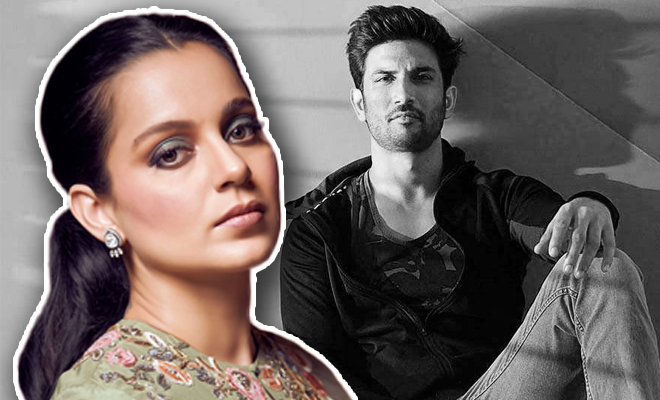 Yesterday, the country stood in shock as the news of a young, talented and successful actor Sushant Singh Rajput dying by suicide emerged. Seemingly, he had everything. And yet, posts about fragile mental health, speaking up and reaching out started making the rounds. Suddenly, the veil was lifted. The fragility of the human endurance was acknowledged. Mental health, a concept that had always been brushed under the carpet, reduced to silent whispers and never taken too seriously, had yet again taken a life and since this time it was an actors, one who always seemed to be smiling for the paps, we were made to question for how long we’ve been blind to other people’s pain.

And while a lot of people could relate to the grief, and to the feeling of being misheard and misunderstood, others were only banking upon this news of great loss to now mint out relevant and trending content. Latching on to every piece of news, old statements and interviews about him, a lot of the people were quick to point fingers at the industry, forcing young actors like him into taking his own life. And that’s exactly what Kangana Ranaut has said.

The bold and unabashed actress who has been known to survive in this industry on her own merit, and has never minced her words and is now trending on twitter, for she has lashed out in this video against nepotism. The Manikarnika actress, who has always been honest and controversial in her opinions, has time and again called out the nepotism of the industry and so now upon Sushant’s death, she made a video that some would call a rant but most people are now calling the truth.

Also Read : Google Says Search Results For ‘Self-Care’ Are At A Record Breaking During This Lockdown. Everyone’s Mental Health Is Affected

#KanganaRanaut exposes the propaganda by industry arnd #SushantSinghRajput's tragic death &how the narrative is spun to hide how their actions pushed #Sushant to the edge.Why it’s imp to give talent their due &when celebs struggle with personal issues media to practice restraint pic.twitter.com/PI70xJgUVL

Real Queen Of Bollywood 👸 Toady I Changed My Opinion About Her , Today I Realised That What Bollywood Also Did With Her 😠 They Always Wanted To Down Her Like @karanjohar Is One Of Them.
Shame On You Bollywood #KanganaRanaut #Bollywood #SushantSinghRajput 💔 pic.twitter.com/dUWZYdN4iV

This situation came to him because of Bollywood fucky stars #Nepotism #KanganaRanaut you are right pic.twitter.com/TQ050D5WFG

We will never forget the way @karanjohar took his entire show #KoffeeWithKaran Season 1 to mock @ameesha_patel. Here was an outsider rising high on two of the biggest blockbusters & he shot her down immediately. He continued to the same with #KanganaRanaut & #SushantSinghRajput.

Writing tweets such as, “I always wished Kangana and Sushant to be paired together. Both were exceptional artists, outsiders coming from humble background and made their mark only through talent and not nepo push or PR games,” or others where the entire blame has solely been put on the blatant barricades this industry puts to the success of outsiders and with this video Kangana has hit the nail on the head, most people said.

In the video, Kangana discusses an important point about Sushant’s movies, the lack of acknowledgement from the industry and lists out the reason that could have caused the death of a rising star. While most are claiming mental health issues might be to blame, we think Kangana makes a valid point.

Also Read : The Reporting Of Sushant Singh Rajput’s Death Was A Media Circus That Was Insensitive, Shocking And Appalling. We Need To Do Better