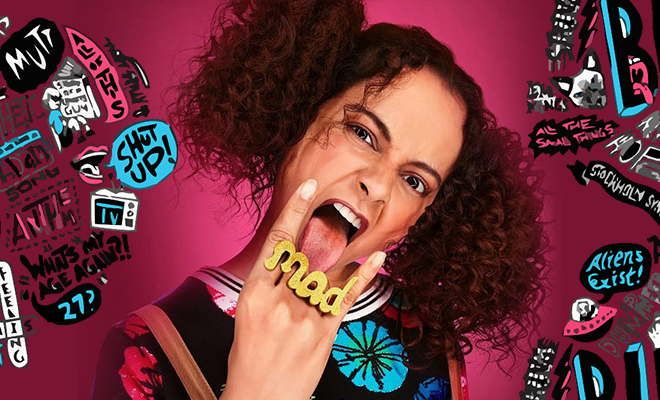 Kangana, Kangana, Kangana. What shall we do with you? Now, before we tell you about the latest unfiltered thing that she said, we want to tell you that we love this woman and her attitude. And despite everything, she continues to take a stand which we cannot appreciate enough. However, when she takes swipes at her peers and it seems unjustified, we can’t stand for it. Now, she’s been doing the promotional rounds for Judgementall Hai Kya and was recently asked who she thought was a good actress among her peers. To which she took jibes at Deepika, Katrina and the like, calling them “stars, not actors.”

She ridiculed them saying that they are models who get applauded when they make an attempt at acting. She also mentioned that while there’s nothing wrong that they were models before they got into acting, they can’t really be known for their acting.

Also read: Kangana Ranaut Says Her Fight With The Journalist Was A Huge Mess. Maybe We Should All Let It Go

Have a look at it!

You can have a favourite actor, it can change, it can be someone you look upto but all professionalism demands that you be nice and not derogatory to fellow actors. Kangana Ranaut herself has starred in movies like, Simran, Rangoon, Katti Batti and I Love NY, movies that will not necessarily go down as the best. And these actors that she speaks of, may, just like her, not have movies that moved the needle but had them only as props but everyone has done those.

Also read: We Love Kangana Ranaut And How She Takes A Stand, But It Isn’t Fair If Hrithik Roshan Isn’t Allowed To Do The Same

There’s been so much that has gone down between Kangana that we are almost afraid every time she opens her mouth. Who will she offend this time? Who will she annoy this time? This needs to stop. And now.