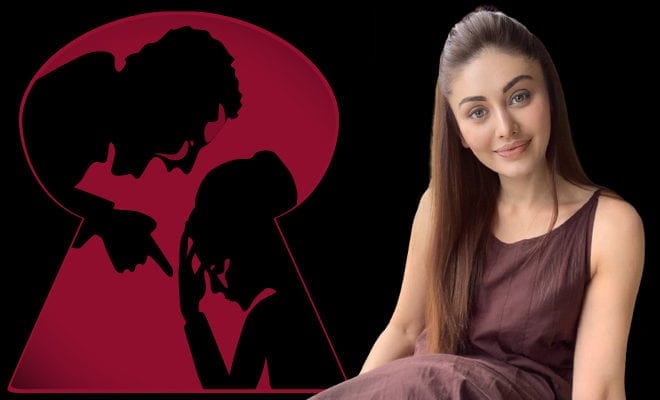 Kaanta Laga Girl, Shefali Jariwala Opens Up About Her Divorce, Says Violence Is Not Always Physical

One of the reasons tattoos became cool all those years ago when we were still in school was because of Kaanta Laga. Sure, it’s not the ideal song to look up to, given that rebellion is built into every note of it but Shefali Jariwala showed us how to do edgy right and that has been a big part of the childhood of the 90’s kids. We knew Shefali better as the Kaanta Laga girl who appeared in the hit video in 2002. But that was her on screen. In her personal life, 2 years after the song, she was married to Harmeet Singh from the Meet Bros, breaking several hearts. However, in 2009 the couple had an ugly fall out, and today after all those years, Shefali Jariwala has finally opened up about what went down.

While opening up about her marriage, Shefali Jariwala hinted at emotional abuse in the marriage, saying that the violence isn’t always physical. During an interview with the Times Now Digital, the actress opened up about the personal trauma that she underwent all that time ago, recalling why she decided to part ways with her former husband.

She said, “It is very important to understand that you are not being appreciated. Not every kind of violence is physical. There is a lot of mental violence that also happens and you are very unhappy in your life. I think, one of the reasons why I could make the decision for myself, was because I was independent. I was making my own money.”

Shefali Jariwala opens up on 'mentally violent' first marriage, says people should know when they are 'not appreciated'https://t.co/pU2s7nnr4b pic.twitter.com/hlFrnsAjeE

Also Read : ‘Your Kids Will Learn To Accept Domestic Violence, If You Remain Silent,’: Shweta Tiwari

Shefali Jariwala went on to say, “The biggest fear in our country is we have is of the society. Divorce is considered to be taboo but the way I have been raised, is to not really care about society but just do what we feel is right.  I could take such steps in my life and had strong support”. And with this, Shefali opened a larger dialogue, one that rightfully held the society responsible for cultivating an environment where the women feel helpless and bound in abusive marriages.

As a word to all the women out there who are unhappy in their relationships, Shefali said, “Women need to understand that you need to be really independent and you have to recognise the situation you are in. Sometimes, women do not recognise it for years together that they are not in a happy marriage. Things can happen amicably for the better but there are a lot of people out there who support you. The police can intervene. We have great lawyers. The law of the country protects women in many ways. They have to seek advice and be strong. They need to try and have a support system of their own and you have to make difficult decisions to move forward in life.”

This coming from someone who has seen her share of ups and downs in life and emerged stronger than ever. Something we can learn from her and imbibe in our own lives!