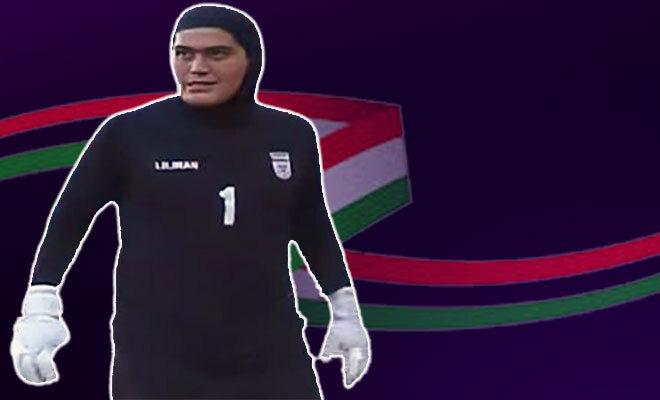 One of the movies that I stumbled upon back in the day was a movie called She’s the Man. And I have to say that it was one of the romcoms that I actually enjoyed. (Spoiler alert, I guess) The movie is about this teenage girl who was a part of the female football team that was dissolved. But she was so passionate about it that she dressed up as a boy and pretended to be her twin brother and played on the men’s football team. Now, I believe that this stuff happens in the movies and not in real life but I guess Jordan believes that it can definitely be possible in real life. I mean, Jordan, after all, did accuse an Iranian female footballer – Zohreh Koudaei – of being a man, didn’t they?

Yep, you read that right. Jordan accused the Iran female football team’s goalkeeper, Zohreh Koudaei of being a man. After the qualifying game for the 2022 Women’s Asia Cup between Jordan and Iran, the former accused Iran of fielding a male player.

Iran won the game 4-2 and it was due to the contribution of their goalkeeper. Zohreh Koudaei saved two penalties by Jordan which in return ensured Iran’s position in the Asia Cup. Jordan’s defeat is what caused the Jordanian Football Association to accuse Zohreh Koudaei.

Also Read: This Female Footballer Boycotted The FIFA World Cup To Fight Against Inequality And We Stand In Support!

No relevance to previous tweets but it’s a very serious issue if true. Please wake up @theafcdotcom pic.twitter.com/egk678CXCX

And after accusing the Iranian female footballer, Jordan and Prince Ali bin Hussein are now wishing for a full, thorough investigation into the sex of  Zohreh Koudaei. In fact, the reports suggest that the Jordanian Football Association has also asked the investigation to be conducted by a panel of independent medical experts.

I have to say that even though this is a serious matter, I find it rather amusing. I mean, Jordan accusing an Iranian female footballer of being a man? Seriously? This reminds me of Rashmi Rocket, starring Taapsee Pannu! I wonder if it is possible, only time can tell.