India’s Disaster Response Force Gets Its First Batch Of Women. Who Said Women Can’t Do Everything? 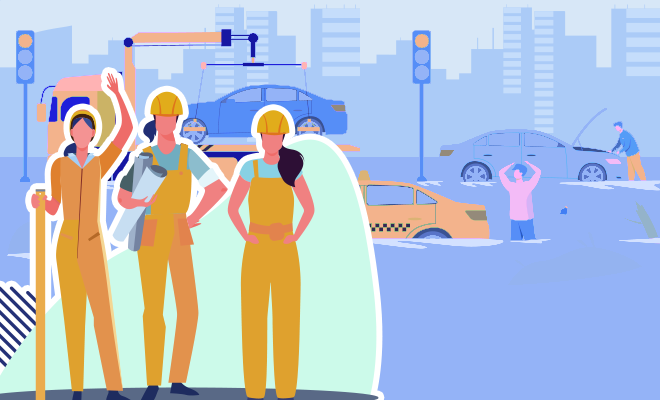 Finally, after all these years of being oppressed by the patriarchal society women are finally getting a seat at the table. Don’t get me wrong, we still have tons of problems that haven’t been addressed and solved. But that doesn’t mean we shouldn’t celebrate women who are breaking glass ceilings and making us proud. For instance, India just got its batch of 100 women who have been inducted into the country’s federal calamity force NDRF. I am sure whoever said women can’t everything must be eating their words right about now.

An all-women team of newly trained National Disaster Response Force (NDRF) personnel were recently deployed for duties on the banks of the Ganga river in Uttar Pradesh. According to a senior official, these women handled the rescue boats and related equipment. We are so proud.

NDRF director general S N Pradhan told PTI in an interview, “The first women rescuers’ team is already on the ground. Recently, the U.P. government requisitioned an NDRF team and they (women) went there (Garh Mukteshwar). The team handled the rescue boats and related equipment. These personnel have all the skills to be called complete rescuers.”

Ever since the NDRF started over a decade ago, it has been a testosterone-fueled environment. The initiative to include women in the force has been in the works for some time now. Finally, the NDRF got its first batch of 100 women. Better late than never, right?

India gets its first women's team in disaster combat – The Hindu https://t.co/CmzKEQIRFU pic.twitter.com/CAwQPM6tpX

These women who have joined the NDRF in the last few months have been deployed to various parts of the country as soon as they finish their pre-induction course and training. SN Pradhan also told PTI that they expect the number of women to double in the near future. These female personnel joining the NDRF are in the constabulary and sub-officer ranks. Each battalion of 1000 personnel can have up to 108 women. I am hoping this ratio will increase as more women join the force.

The DG said that women personnel will add to the strength and skills of the force. He said,  “We can deploy both components of an all-woman NDRF team or a mix squad of male and female personnel for responding to a situation. We prefer the second because if there is complement of women personnel it makes a great difference on the ground where women, children and old persons are being rescued.” He added, “The skill sets of women are stronger in some aspects… so that can be leveraged especially in situations where women are victims.”

This amazing initiative is proof that there is nothing a man can do that a woman can’t.