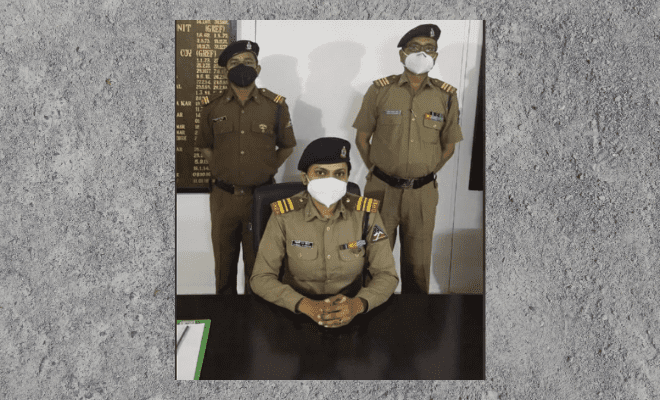 As a country, we aren’t exactly known for being too nice to our women. I mean, we lack basic decency so my statement is actually quite generous. And while that may be the case, we Indian women aren’t complacent. No sir. We are storming male bastions and we are doing it on merit and talent. So it stands to logic then that we are also climbing ranks. There’s a lot of conversation around having a woman Chief Justice and while that still is being talked about with no solid steps being taken in that direction, other women in the country are going ahead and making headway in their fields.

The Border Road Organisation’s (BRO) which is responsible for forward connectivity at the India China border has just found its first woman Commanding Officer in Vaishali S Hiwase. Vaishali has an M Tech degree and she is from Wardha in Maharashtra. And with this position, she’s paving the way for women everywhere.

@BROindia feels proud to announce the #First woman Offr EE(civ) Vaishali S Hiwase for taking over as Offr Commanding of a Road Construction Company that is responsible to provide connectivity of a Indo China Border Rd.1/4@PMOIndia @RajnathSingh_in @Gen_VKSingh @drajaykumar_ias pic.twitter.com/zrIkMmoEQC

BRO applauded Vaishali’s appointment, saying, “Vaishali from Wardha, Maharastra is M Tech and after successfully completing a demanding tenure in Kargil.. The Women Officer has taken over the command to undertake this challenge of cutting through the rocks. This is a humble beginning by @BROindia that will usher a new era of women empowerment that will see women officers taking over most arduous tasks. History in making…”

It’s amazing to know that there are plenty of women paving the path and come from demanding tenures. Vaishali has previously proved her mettle at Kargil.

According to Hindustan times, BRO is building strategic roads in Ladakh, Jammu and Kashmir, Uttarakhand, Himachal Pradesh, Arunachal Pradesh and Sikkim. It plans to complete all 61 strategic roads assigned to it along the China border by December 2022 to allow swifter mobilisation of troops and stores to forward areas.