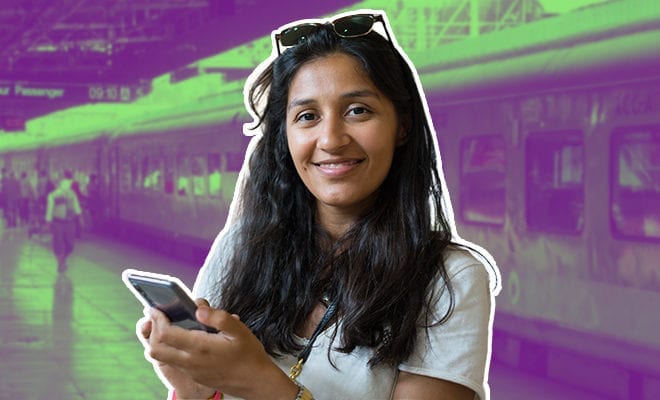 “Akeli ladki ek khuli tijori ki tarah hoti hai”. This iconic one liner from the hit movie Jab We Met is said as a word of caution to Kareena Kapoor aka Geet by a station master when she is left alone at a railway station after having missed her train. Now, even though the purpose of this line in the movie may have been to add extra drama, we can’t deny that those words do echo for women around India.  Especially since it opened up a larger dialogue, one that spoke about women’s safety, or lack thereof while travelling with the Indian railways.

And so, keeping in mind women and their safety, the Indian Railways’ Central Railway zone has come up with brand new initiatives and ways to ensure that women passengers don’t feel threatened and are able to travel without having to look over their shoulders.

A scheme called Smart Sahelee is one such initiative for the women passengers that was launched back in December. The idea behind it was to form close to 85 WhatsApp groups, all of which would be dedicated to tending to women and their grievances and emergencies while they traveled with Indian Railways. Mentored by lady staff, these groups under the Smart Sahelee scheme encouraged other women to up and join so as to make sure that women have a channel to voice their grievances and complaints are taken care of.

Also Read : Telangana Police Will Have Pro-Women Safety Clubs In Colleges. We Think This Was Much Needed

To attain the target of zero crime against women,it provides a holistic security net to build confidence among women commuters of suburban services on Central Railway. pic.twitter.com/NjyO27JzHf

Further to this, two teams of lady RPF staff have been formed at the CSMT & LTT stations, who would be seen entering the trains before departure to brief women passengers about about all the precautions to be taken during their journey and instructed to dial 139 in case they face or see any problem in the coach.

The lady personnel deployed at the stations would be in charge of access control over the Mumbai Division, present to assist women along with the presence of GRP/Home guard personnel at night. It will also be observed that no male person enters ladies’ coaches. We applaud the Indian Railways for this initiative.

#WATCH: @Central_Railway launch the online Smart Sahelee programme on all 1,774 suburban services to provide a faster redressal mechanism to the grievances of #women commuters in #Mumbai.#centralrailway pic.twitter.com/es3QQEqFgM

Adding to this, the platforms are being installed with as many as  3140 CCTV cameras at vulnerable locations at all railway stations over Mumbai Division. 200 more CCTV cameras have been installed in ladies’ coaches of 10 suburban rakes.

With this, a special FRS App – FRS (Face Recognition Camera) App is also being developed that would enable the authorities to trace criminals & their previous records through help of face recognition. All in all, several and exhaustive measures would be seen taking for the safety of women passengers in trains by Indian Railways. Here is hoping they all pay off!

Also Read : Finance Minister Announces That Women Can Now Work In All Sectors And Also Do Night Shifts. There Are Conditions For Safety