Indian Girl Power At The Olympics: Here’s Why Shuttler PV Sindhu Will Shine At The 2021 Tokyo Olympics 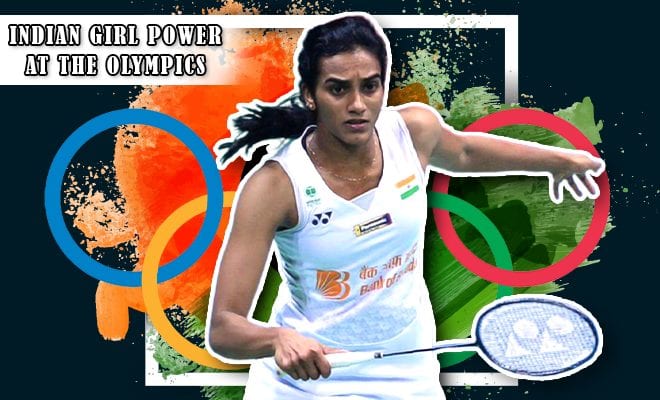 I have never really been a sports fan. In fact, as embarrassing as this is, I barely understand cricket and that is considered to be a religion in our country. Hence, having knowledge of the Olympics is out of the question. If anyone were to ask me any general knowledge trivia about the sporting event or any of the athletes, I would most definitely draw several blanks. However, the more I read about the Indian contingent flying to Tokyo to participate in the Olympics the more intrigued I get. They are talented, decorated and have records that can put anyone to shame and we are immensely proud of them.

Since there are only seven days left before the inauguration of the 2021 Olympics, we are celebrating the sportswomen who are going to be representing our country. Starting with world champion Badminton player Pusarla Venkata Sindhu. Born in 1995 in Hyderabad to parents who were both volleyball players at the national level, it was not shocking that PV Sindhu is as talented as she is. Sports just run in her veins.

Shuttler PV Sindhu is arguably one of the most prolific Badminton players of our generation. At World No. 7, she appears to be on track to win a second Olympic medal. Her list of achievements is mind-boggling. She was the first Indian woman to win a silver medal at the 2016 Rio Olympics. And in 2019 she bagged a gold medal at the Badminton World Championships. And so, as the nation gears up for the Olympics, PV Sindhu remains one of our biggest hopes. Reportedly, she has been handed an easy draw for the group stages. This means she won’t have to face a lot of hiccups to get further in the tournament. Obviously though, it’s no easy feat.

She’s Prepped And Ready for The Olympics

On Tuesday, amid preparations, PV Sindhu interacted with Prime Minister Modi. During which, he asked her about her fondness for ice cream. To which PV Sindhu said, “We had to control a little as I am preparing for the Olympics. I don’t eat ice cream as much due to competition.” After she said this, much to everyone’s surprise, PM Modi said that once she is back from Tokyo he will personally try and eat ice cream with her. This adorable interaction has gone viral on social media. We really hope there comes a time when our PM and the reigning world champion in Badminton get together to eat ice cream.

The Pandemic Actually Helped Her Game

When asked about how the pandemic affected her game,  PV Sindhu said that she had time to focus on her technique and skills and it means that she is read to head into the court better prepared. She said, in fact, this meant that she had more time to train for the game.

PV Sindhu is supremely talented and is hands down one of our best bets at winning gold at the Olympics. More power to her!

Marija Cicak Becomes The First Female Umpire In Wimbledon Men’s Final. It Was About Time