In Dubai, A Group Of Women Face Jail Time For Posing Naked On A Balcony 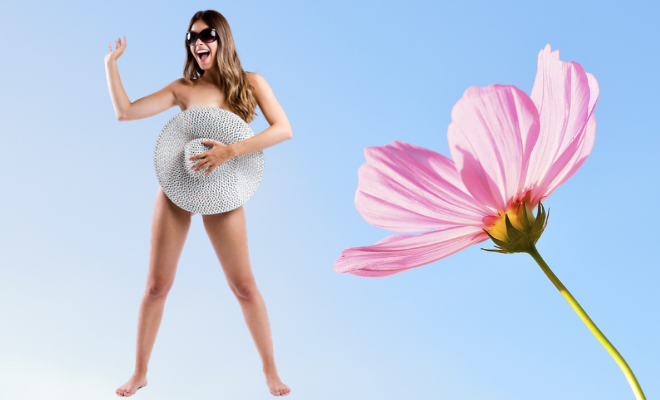 I think one of the biggest questions our generation needs to ask themselves is- how far will I go to get the perfect picture? It’s a real problem. One that can be hazardous and in some cases, even fatal. Who remembers the guy who fell off a cliff while he was posing for a selfie? Or the couple that drowned while clicking photos in a boat on a river? Going to these exaggerated lengths for pictures has become a trend. Everyone is trying to one up each other. Just look at these women from Dubai who landed in jail after they posed naked on a balcony. Why would they do this? In Dubai, no less!

A group of women have been arrested after they were caught posing naked on a balcony in Dubai. Pictures and videos that have gone viral, show the women lined up in a balcony, naked, posing for pictures. This incident occurred on a balcony in the city’s upmarket Marina neighbourhood in broad daylight on Saturday. Obviously, we have nothing against women posing naked. To each their own. But why do it in a country that is as conservative as the UAE? That’s just bad judgement.

Needless to say, this incident wasn’t well-received by neither the Muslim-majority population nor the authorities. It wasn’t long after the pictures and videos went viral, the police arrested the group of women on charges of public debauchery. However, a newspaper, The National, reported that the entire incident was some sort of a publicity stunt. Now, we don’t know why these women were posing naked on that balcony but we do know that public indecency is a major offence in Dubai.

The #DubaiPolice has arrested a group of people who appeared in an indecent video shared online pic.twitter.com/6ZOUFI2ElB

Also Read: British Woman Faces 2 Years In Dubai Jail For Saying F*** You To Her Flatmate. What Even?

The Dubai police have registered a criminal case against these women and they have been arrested. In a statement, the Dubai police said, “Such unacceptable behaviours do not reflect the values and ethics of Emirati society. A criminal case has been registered against the arrested, and they have been referred to the Public Prosecution for further legal action.”

According to various reports, the public decency law in the United Arab Emirates, including nudity, carries up to six months in prison and a 5,000 dirham (Rs 99,818) fine. Not to mention, sharing pornographic material is also punishable with jail time and hefty fines under the country’s laws, which are based on Islamic law, or Shariah.

The moral of this story is, the next time you want to pose naked, for whatever reason, do it in the privacy of your room. Not on the balcony and especially not in the UAE.