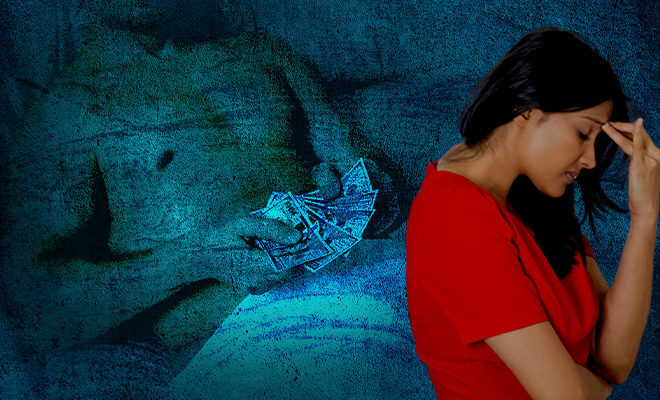 In Bengaluru, Woman Divorces Her Husband After Finding Out That He Is Working As A Male Escort

There was a time when the prospect of being married one day would excite me. Picturing myself as a bride dressed in a gorgeous lehenga surrounded by the people who I love the most was thrilling. Now, nearly a decade later, the mere idea of being a bride and getting married gives me goosebumps. Not in a good way. It’s terrifying. Not because I don’t want to get married, I do. But I have heard too many horror stories. Most recently, I read about this couple from Bengaluru who got divorced because the husband became a commercial sex worker after losing his job amid the pandemic. He didn’t even tell his wife about his new profession!

A 24-year-old woman has sought divorce from her husband of years after finding out that he was working as a male escort. The 27-year-old man, who earlier worked at a BPO, had recently lost his job due to the COVID 19 pandemic. To earn a few extra bucks, he signed up to be a male escort. Even though they were counselled, the couple eventually split because they could not resolve their differences. I think this would make for a great movie. Especially if they add some Magic Mike elements!

The couple met in 2017 at the BPO office canteen and soon started dating. After two years of being together, they decided to tie the knot. However, during the pandemic, the man lost his job and started looking for other opportunities. After a while, the wife started getting suspicious of his activities. She felt like he was being secretive. He was always on the phone or the laptop and refused to divulge details about his whereabouts. Finally, frustrated with his behaviour, the wife asked her brother to help her crack her husband’s password.

The Bengaluru-based woman wants to divorce her husband after the latter started working as an escort. https://t.co/wbJWaOhcum

Also Read: This Woman Found Out Her Husband Has Been Selling The Home-Cooked Lunch At Work For Fast Food

According to reports, the counsellor that the couple saw said, “She found a secret folder containing numerous nude photos of her husband and selfies of semi-naked women unknown to her. She discovered he was a male escort charging Rs 3,000 to Rs 5,000 per hour and had numerous clients in the city.” This is awkward.

At first, when she confronted her husband, he refused to admit the truth. He even denied he was the person in those photos. Smart move, isn’t it? Finally, in counselling, the husband admitted to his illicit activities and said that a friend of his had introduced him to it. He said that he loved his wife and didn’t want to be separated from her. He promised to quit being a male escort. However, by then, his wife wanted a divorce and refused to budge despite the counselling. Finally, the couple a mutually-consented divorce petition in the court.

This is something no one could’ve predicted!