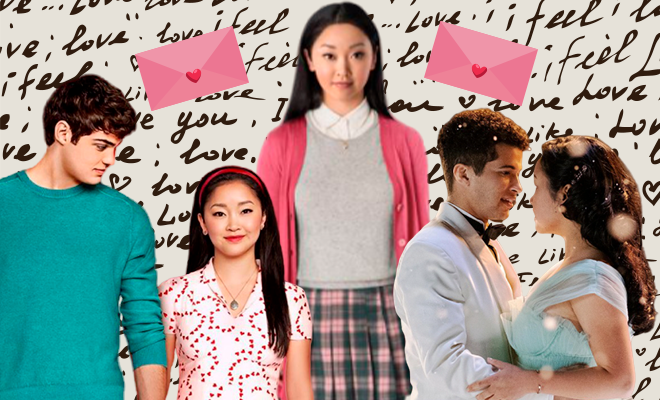 I Watched The Sequel Of To All The Boys I’ve Loved Before And It Was Uninteresting, Predictable And Cliche AF

As someone who is very single, I enjoy watching rom-coms a lot. I love the same old sappy movies where a girl and a boy crush on each other and then they get together, there’s a fight and in the end, they kiss and makeup. How easy is that? Let me tell you it’s not as easy in real life. I can’t even look at my crush in the eyes, let alone talk to him. So, the gist of it is that I am dying single.

So, lucky for me that To All The Boys I Loved Before released its sequel. First of all, itna bada naam kyu? and second of all wasn’t it supposed to be Lara Jean’s (Lana Condor) happily ever after in the first one itself? We were made to believe that the first time around. When I found out that the sequel was out, I wasted some time before I got around to watching it, but I did.

Okay, for all those who have not watched I am not going to alert you with a spoiler because it’s just like any Disney movie we have ever watched growing up. High School Musical was a better movie than this TBH. But let me give you a small recap on the first movie. Lara Jean had written 5 letters to the boys she loved, including Peter Kavinsky (Noah Centineo). While all the other letters were answered there was one that didn’t respond to the letter. John Ambrose McClaren (Jordan Fisher), until he does. Feeling guilty about receiving the letter she blurts out about this to Peter who seems to be okay with this at first.What’s a movie without a bit of drama, right? So, we had to pull John Ambrose in the sequel and that’s what this movie revolves around. This is the spoiler. No really, this is it.

In the beginning, everything is perfect between Lara Jean and Peter. They are the cute perfect couple that everybody adores including Lara Jean, since it’s her first relationship ever. At some point, they are at the park to light lanterns and Lara Jean writes message on the lantern that says LJ + PK in a heart and promises to never break his heart and at the point, I instantly knew that she would be the one to break the promise. Yes, I am cynical, but I am also real.

Mid-movie I have figured out that Peter is not that great of a boyfriend. He leaves his girlfriend alone at a party and plagiarises a poem for Lara Jean on Valentine’s day and does not tell her. He even promises to sign up for volunteering at a home for the senior citizens with Lara Jean but he clearly has friends he needs to get rid of. I don’t even know how she managed to tolerate this guy. It’s the little things that matter. While Lara Jean signs up for Belleview, little did she know that her life would go downhill from there.

She reaches her destination where she meets Stormy who knows her because of Margot (LJ’s elder sister). While taking a tour of the home, the door opens and comes in a very handsome looking John Ambrose who also happens to be volunteering there (obviously). She turns around so abruptly that a jar of candy ball falls off and so does she. Hahah, so cute. Nope. If it were me I would have pretended to be dead out of embarrassment.

That’s when the drama begins and Lara Jean’s confusion of how things would have been if she were with John Ambrose and not with Peter. Throughout the movie, she is trying to convince herself that she is in love with Peter. But we all know otherwise. While cleaning up for a garden party John Ambrose asks Lara about Peter and she freezes and is unable to tell him that she is currently seeing him. They also discuss some time capsule that they hid under the treehouse and decide to revisit the place and take out the time capsule. While sitting in the chemistry lab she asks Peter if he wants to dig up the time capsule with everyone except Gen (because she made a boo boo by leaking hers and Peter’s steamy video from the hot tub). And somewhere she also mentions John Ambrose in the conversation to which Peter thinks that she responded to his letter. But things were much worse than that.

ALSO READ: I Watched Ghost Stories So You Don’t Have To. Because It Is Bland And Not Even The Fattus Will Get

The group reunites to dig up the time capsule, where John Ambrose learns that Lara Jean is dating Peter Kavinsky. At some point, Lara Jean thinks that she is not doing enough as a girlfriend and feels like she has to do better than Gen (she also dated Peter). She is all dressed up to support her man, but things go downhill when she gets to the school. She finds out that Peter knew it all along that Gen was the one who leaked their video and that he was waiting for Gen at the hot tub and not her. Well, she feels betrayed and breaks up? But is that really the reason why she broke up? I think the fuck not.

After the break up Lara Jean distracts herself by preparing for the Star Ball at Belleview, where she and John Ambrose are volunteering. When she gets a makeover, John Ambrose falls head over heels for her. Because always when a girl gets beautified to fit your standards of pretty, you must give her a little attention. They also have a dance and then go outside and see it’s snowing for some reason (?). They end up kissing and Lara Jean realises that he isn’t the one for her and that she really loves Peter only. Somehow she opens the door to go and meet Peter and we see him come in front of her. Everything is all good and they find their happily ever after.

My overall thoughts about this is that we have watched movies like these since the 90s and we don’t need them anymore. And that Lara Jean’s sister needs to start minding her own fucking business and not meddle.

A Love Letter To My Ex Boyfriend: A Tale Of Self-Discovery And Gratitude For The Lessons You Taught Me