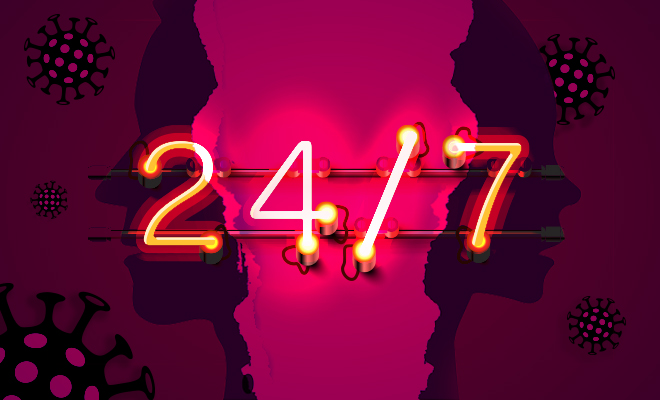 Hundreds Of Couples In China Have Filed For Divorce Due To The Quarantine During The Coronavirus Pandemic. Wait, What!?!

At this very moment, every single person around the world is sitting at home, terrified of the coronavirus. And they should be, since it feels like this virus is hell-bent on ravaging our world as we know it. No one knows what the actual story behind the outbreak is (there are too many rumours), but we do know that it all began in the Wuhan province of China.

Though the Chinese government has reported a steady decrease in coronavirus cases, there are still thousands of people who are in isolation and are being quarantined in their own homes for safety reasons. Obviously, their economy has taken a major hit since all business are closed. But do you know what else is bearing the brunt of these quarantines? A lot of marriages.

I have never been married, but I think it is safe for me to assume that it’s hard work. Not once have I heard of someone whose marriage doesn’t have its fair share of ups and downs but hey, that’s life. It’s like a roller-coaster no doubt, but just having someone to cuddle up next to every night makes it all worth it. But again, what do I know? I probably am living in an idealistic bubble world of what a marriage looks like because going by this story, it looks way tougher than I’ve imagined.

Also Read: People Around The Globe Are Using The Hashtag Coronavirus To Further Their Popularity And Their Instagram Pages. It Is Pathetic

After about a month of being stuck at home, some married couples in China are getting fed up with each other. So fed up, in fact, that they're rushing to get divorced, according to Global Times.#divorce #coronavirus #Covid19https://t.co/tDFlz1N30G

The country has reported a spike in divorce cases since the COVID-19 outbreak. Registry offices in the country saw a spike in the number of couples filing for divorce, and  the marriage registry in Dazhou, Sichuan Province in south-west China has recorded over 300 applications since 24th February. And the reason for this is that couples couldn’t stand spending so much time with each other. The marriage registries are also blaming this pile-up of divorce applications on the fact that the offices remained close for an entire month during the eye of the storm.

There is no doubt that after all this simmers down and hopefully all the people suffering recover, all the 110 affected countries will face some form of the aftermath. However, I have a feeling it is going to be a while before we are free of this threat. According to WHO, China is no longer the epicenter of this pandemic. It has shifted to Europe, mainly Italy where over 25% of the population has been quarantined.

And while there were expected outcomes – loss of lives, money and others – what certainly wasn’t expected was the break down of marriages.

Amidst The Dark News Of Coronavirus, Italian Residents Sing Songs From Their Windows And Balconies To Cheer Themselves Up. It’s Heartening!