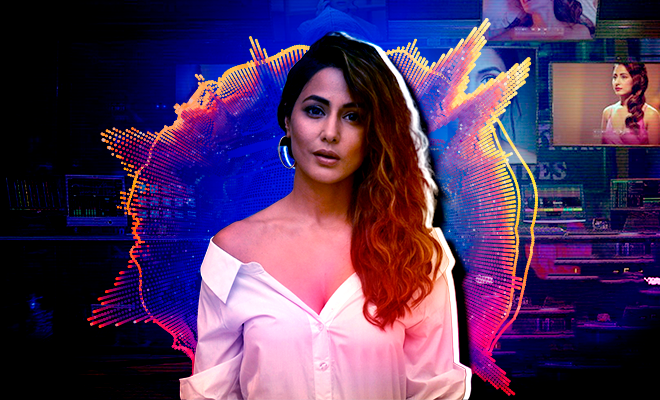 Hina Khan’s Hacked Shows Us The Dark Side Of Social Media. The Chilling, Scary Side Of It

Social media is so great, isn’t it? Allowing us to drunk stalk our exes, connecting the world, letting us share some hilarious memes and of course, bringing us closer to our favourite celebrities. This is what we all do on social media, right? I have literally spent hours and hours stalking some random girl’s friend’s aunt. If you’re sitting there behind your screen and judging me, try it and you’ll know.

But all this is the good, chirpy, chill side of social media. The flip side of it is dark and absolutely terrifying. And once you fall down that rabbit hole, it becomes super difficult to climb back through. Social media is all the rage right now and I am sure you, like me, use it like your life depends on it. But, have you ever thought about the fact that as much as we treat our feeds like our own personal space, it really is not? Think about it for a second, once you post a picture or story something with a geotag, it is out there, it is practically public information. How long do you think it would take some genius wackjob to all of it to turn your life into hell? Okay now, don’t get me wrong I am not dissuading you from using social media, I am just asking you to be careful.

Just like Hina Khan is trying to do through her new and long-awaited movie Hacked whose trailer just dropped yesterday. The story is about Sam, played by Hina Khan (who looks gorgeous, BTW) whose life gets completely destroyed after a 19-year-old boy (played by Rohan Shah) hacks into her social media and begins to stalk and spy on her.

Also Read: Hina Khan Is All Praises For Priyanka Chopra’s Performance In Sky Is Pink But The Choice Of Words? Questionable

The trailer begins with Rohan doing everything for Hina, from reserving parking spaces to ensuring she eats on time. Eventually, he professes his love for him, which she obviously turns down- given the age gap. After that, all hell breaks loose in Hina’s life. He hacks into every single social media of hers, records and posts all her intimate moments. By the end of the trailer, we realise that he is not only spying on Hina’s character but blackmailing other women too.

Don’t judge me but the first thought that came into my head after I watched this trailer was “damn, that guy is genius”. But the truth is, Rohan’s character is a genius sociopath like any Marvel supervillain. The reason why I like this trailer so much is because of how relevant the story is. This could literally happen to anyone. Ugh, just thinking about this gives me goosebumps.

Cyberbullying, stalking, using social media as spy gear, spreading hate through the internet happens right in front of our faces, but we hardly notice it. Like any other crime, since you can’t control the way other people behave, it can’t be eradicated overnight. This movie shows us the flip side and it very important we see social media for what it is.