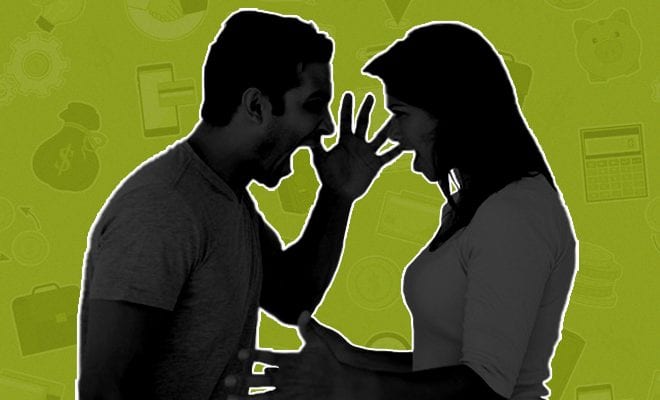 A Couple Fought Over The Wife Rejoining Work And It Got So Bad, They Ended Their Lives

We live in a time where women are coming out and fighting for their rights. Women are being liberated and focusing on an independent future. We are proving to society that a woman can have the best of both the world – family life and a career. Just because a woman is married and has a child does not mean that her career has to take a nose dive. And just because she took a break from work to look after the family does not mean that she can’t go back to it when she feels capable enough to handle both. Why does a woman need the permission of anyone to go out, work, and be independent?

Recently, a couple in Agra, Uttar Pradesh, after having an argument about the wife’s wish to rejoin work, committed suicide and left their 13-month-old daughter all by herself. Both of them were having fights over the last few days before they took such a drastic decision at their residence in Rahul Nagar. This is shocking.

The wife and husband had an hour and a half gap before they breathed their last breath. The husband identified as Akash Sigh hanged himself to death, while the wife Aarti, slit her wrist after an argument about Aarti’s wish to rejoin work and restart her career. Their daughter was asleep when they decided to end their lives. Manohar Singh, Akash’s father, told The Times of India, “Suddenly, I heard the voice of my daughter-in-law asking for help and when I reached there, I found her lying half inside and half outside the washroom.” He even added that the wife was puking and completely drenched when he found her. In her dying state, she asked her father-in-law to help her husband who was hanging to death.

Both of them – with the help of a relative – was rushed to SN Medical College, where the husband was declared dead. Aarti even after getting admitted for treatment did not survive and died in the hospital. The investigation of the case revealed that Aarti was a second-year B.Com. student who was working at a call center. But she took a break to take care of her mother-in-law who was suffering from cancer. After her mother-in-law passed away, she wanted to restart her career but that didn’t sit well with Akash.

Their arguments had gotten worse over the few days and that is when both of them took such a grave step. The fact that he didn’t support his wife over her decision to go back to her career is deeply problematic.

Why shouldn’t a woman rejoin work? Why must a woman’s career be sacrificed at the altar of patriarchy? Isn’t a husband as much responsible for a family as a wife is? If yes, then why does a woman need to ask for permission for work? We don’t give men permission to work. If a woman wants to have a career, that’s her choice.