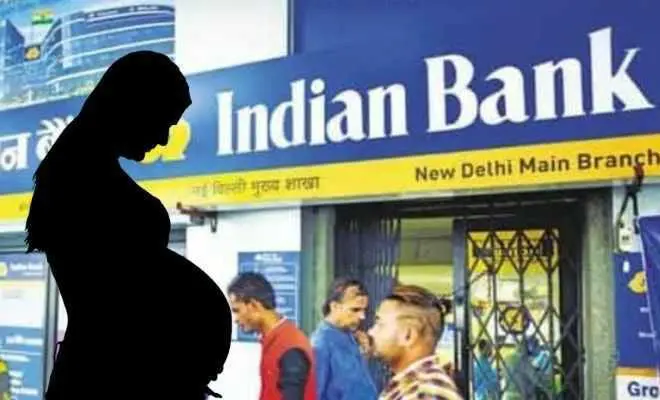 Pregnancy is a new stage in an expectant mother’s life but does not mean she is ‘unfit’ to be a working professional. She can well be a working woman while being pregnant and work as long as her doctor advises her to. But the Indian Bank does not think so. Recently, the Indian Bank issued new recruitment guidelines, according to which, while hiring new members on board, if they find that a woman candidate is more than 12 weeks pregnant, she will be declared ‘unfit’ until her full pregnancy term is over. The Delhi Commission For Women (DCW) has sternly asked the Indian Bank to revise its ‘misogynistic’ recruitment policy.

As per a report by NDTV, Swati Maliwal, the DCW Chairperson Swati Maliwal has issued a notice to the Indian Bank and asked them to revise their policy. In her letter to the bank, she has written that their policy is ‘discriminatory and illegal’ and also goes against the maternity benefits listed under ‘The Code of Social Security, 2020’. The letter also stated that this move will cause a delay in the joining process for women and this will eventually lead them to lose out on seniority. Taking to Twitter, DCW also tweeted the letter.

Swait Maliwal also took to her Twitter to share the notice and tweeted that they had to send a notice to the SBI Bank as well which had issued a similar recruitment policy. But after the notice, they had withdrawn the same.

We have issued Notice to Indian Bank for their rule denying joining to pregnant women terming them ‘medically unfit’. Earlier SBI also had to withdraw similar rule after DCW Notice. Also written to RBI now requesting them to fix accountability against misogynistic rules by Banks! pic.twitter.com/ODHWgh3Eg9

Also read: AIDWA Condemns Indian Bank For Not Hiring Eligible Female Candidates Because They Are Pregnant

As per the Indian Bank’s guidelines, the woman who would be applying at the band after her pregnancy term was over would be ‘re-examined’ to check if she is fit or not. She will also have to provide a ‘fitness certificate’ from her doctor.