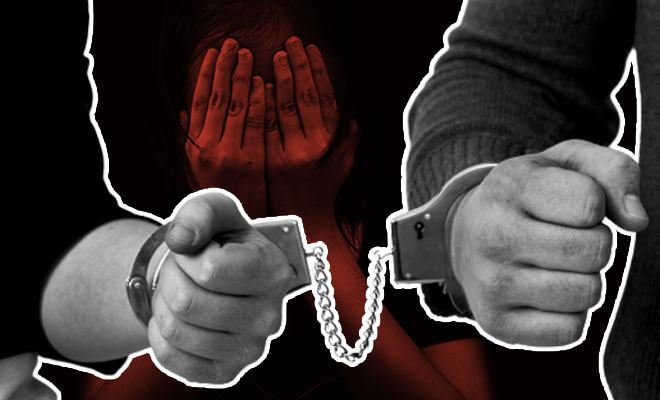 Here’s the thing, I write about gruesome and chilling crimes on the daily. My job is not suited for someone with a weak heart, that’s for sure. One of the downsides, though, is that it’s very easy for me to get desensitized to heinous crimes like rape and domestic violence. However, that hasn’t happened yet. It’s probably because every now and then, I come across stories that leave me stumped and get my blood boiling again. Just like the one we are discussing today. You see, a couple in Rajasthan, tortured and abused a seven-year-old girl. They would thrash her, brand her cigarette butts and even put chilli powder in her private parts. It’s extremely disturbing.

A couple has been arrested in the Rajsamand district of Rajasthan for torturing a seven-year-old girl. They would beat her up, make her do all the housework and severely punish her for making the smallest mistakes. The accused couple would also torture her by branding her with cigarette butts and putting chilli powder in her private parts. How inhumane can people get? They were arrested after a neighbour filmed the child being tortured and thrashed and uploaded it on social media.

The girl was living her cousin and his wife in Thanota village in Rajsamand district, 350 km south of Jaipur. According to the police, they would not even give her adequate food and would hang her upside down for making the smallest mistakes.

Also Read: A Chilling Story Of A Man Covered His Wife With Chilli Powder Before Strangling Her To Death. He’s Finally Jailed

It all started when the girl’s father, Devi Singh, who is a cook in a small hotel, had gone to Pailadol village for a family function in December 2020. There his nephew, the accused, Kishan Singh, requested him to leave his daughter behind so that his three-year-old son would have some company. Devi Singh agreed but it was probably the worst decision of his life.

The state child rights commission member Dr Shailendra Pandya reached the village and recorded the girl’s statement. She has now been sent to a child care facility in Rajsamand. Her father will meet her there on Tuesday.

While the reason why the couple would behave in such an evil manner with a seven-year-old child is still unknown, it’s no secret that they are heartless monsters. We are glad that the young girl was rescued and the accused have been arrested.