In An Act Of Cannibalism, Childless Couple Murders And Eats 6-Year-Old, Believing It Will Bless Them With A Child. 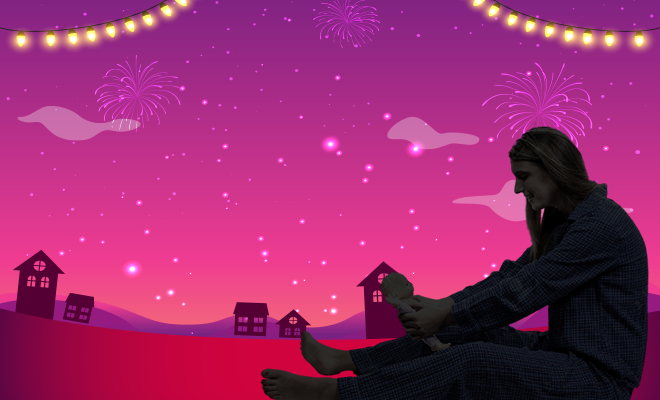 When you do what I do, every now and then you come across a story that will leave you stunned and unnerved. This one is a story like that and it’s not for the weak-hearted. You see, a childless couple hailing from a village near Kanpur, Uttar Pradesh, murdered and ate a 6-year-old child because they believed that by committing this act of cannibalism, they would be blessed with a child. This is complete and incomprehensible madness. And not to mention one of the ickiest things I have heard in my life. Haven’t we had enough with these superstitions and occult rituals?

This incident came to light after politician Subhashini Ali, who is also the president of the All India Democratic Women’s Association, went to the village of Bhadras (where the incident occurred) to find out what kind of horrors had befallen the 6-year-old girl on Diwali night.

According to her article in The Wire, the cannibalism incident occurred near the entrance of the village, in the ‘chamar’ tola. There are about 25-30 homes here. On 14th November (Diwali), just before the occupants of the tola were going to light their diyas and do the evening puja, 6-year-old Shreya (Bhuri) went missing. Her mother, Rampyari, went around the tola looking for her.

When there was no news about Bhuri, her mother’s anxiety grew and she was joined in the search by a few other women. They went from door-to-door looking for the child. That’s when a girl named Swati, said that she had seen Bhuri following a local boy named Haula because he’d promised to buy her a packet of Kurkure.

Haula is an orphan who lives with his older sister and younger siblings. However, he was ill-tempered and had a drinking problem. When Rampyari and her friend Ramdevi went to his house to ask if he’d seen Bhuri, Haula said that he didn’t know that the child was following him. After a while, Haula along with his uncle and aunt, Parshuram and Sunayna, went to Swati’s house and abused and threatened to “eat them all alive”.

More and more people joined the search but Bhuri was nowhere to be found. Of course, nobody could’ve suspected cannibalism yet. At around 11 pm, Bhuri’s father, Ravinder, contacted the police. They reached the village and asked him if he had any enemies. He couldn’t think of anyone but remembered that he had tried to pacify a fight between a man named Biran and another man. Biran was not happy about his interference.

The police promptly arrested Biran. The next morning, two young women went into the fields to relieve themselves. They started screaming and shouting because they saw something in the fields that looked like a dead body. Bhuri’s father rushed there and the mangled body was indeed hers.

A childless couple near Kanpur in Uttar Pradesh killed a six-year-old girl, believing they would be blessed with a child if the wife consumed the organs of a girl-child on Diwali night.https://t.co/fI0zodCdnG

The state in which her body was found is enough to give anyone nightmares. Her T-shirt was pulled and her pants her pulled down. A hole had been carved in her head and another one in her torso. There were no organs, just dried blood. To add to all this, there was blood near her private parts but the rest of the body had been wiped clean. However, what put everything in perspective was the fact that a Kurkure packet had been found nearby with a pile of her clothes.

After a thorough investigation, Biran confirmed that he and Haula had murdered the little girl. Parsuram and Sunayna had paid them Rs 1500 to kill a young girl on Diwali night and bring them her organs so they could indulge in the cannibalism.

Parsuram, Sunayna and Haula were immediately arrested. Parsuram said that he had bought a book near the Kanpur railway station which stated that a childless couple would be blessed with a child if the wife consumed organs of a girl-child on Diwali night. Believing the book, Sunaya had eaten Bhuri’s organs in hopes for a child. According to the report, she ate some of them raw, some cooked and some wrapped in a roti. The rest they fed to dogs.

This is unbelievable and disgusting. In a brutal act of cannibalism, a 6-year-old girl lost her life and for what? A superstitious belief the childless couple nursed? Honestly, I am shocked more people aren’t talking about this incident of unimaginable brutality. The horror of what that little child was put through is absolutely terrifying. Will there ever be a day when no one in our country will subscribe to these nonsense superstitions and occult practices?

Bhuri’s grief-stricken parents have received a cheque of Rs 5 lakh from the government as compensation. But that’s not going to change the fact that their daughter fell prey to such a monstrous crime. Authorities need to be more alert and tackle crimes involving superstitions head-on.

This is just so disgusting and unbelievable.