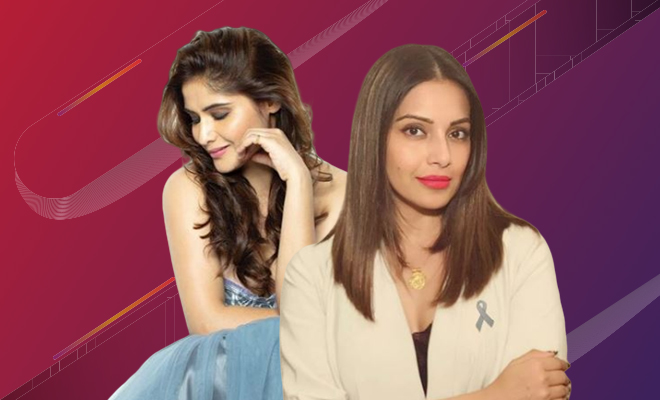 Arti Singh Suffers An Anxiety Attack On Bigg Boss And Was Mocked. We Are Glad Bipasha Basu Is Standing Up For Her!

I am not much of a TV watcher, if that is even a word, and that is essentially because off late (and by that I mean years…even decades) there hasn’t really been anything worthwhile that you’d voluntarily like to consume. The reality shows, for example. It’s true that most of the reality shows going on air are mostly built around controversy or TRPs and rarely ever offer true substance and content. And we say this after forcing ourselves to sit through a lot of seasons of shows that left us with nothing more than wasted hours in front of the TV. But every once in a while, the veil drops and the charades fall and you see something real. Which is what might have happened in the Bigg Boss house recently when contestant Arti Singh suffered through an anxiety attack.

In a heated argument with other contestants in the house with Paras Chabra and Mahira Sharma, when things went out of hand and harsh words were used, Arti Singh found herself collapsing into a panic and anxiety attack. What people needed to understand here was that the show, that is based on the idea of contestants constantly being being watched and in the eye of Bigg Boss, 93 cameras and the entire nation, is bound to get to you at some point or the other. For someone who has had history of dealing with delicate matters of mental health, having an anxiety attack. Except with the kind of backlash and mockery she faced was horrifying. It reminded us of how a majority of people out there are still lost on the concept and existence of such very real problems.

Also Read : Sabyasachi Mukherjee Says His Mental Health Struggles Fuelled His Creativity. It Might Be Little Simplistic But The Conversation Is Important

Now, the fact that many of us on the daily suffer through such break-downs and instances of mental health problems is not news, but that also doesn’t mean it as widely accepted. For most of the people out there, basically the uninformed ones, episodes of suffering through anxiety or depression or any other inexplicable outbursts, are either be taken as a call for attention or a way of dialling up drama, but never for what it really is – a cry for help and some compassion. As it probably happened with Arti Singh. While a few people in the house condemned her state, there were a few who jumped in to calm her down.

However, taking a stand were actress Bipasha Basu and many others who took to Twitter to voice their support for what went down on the show. Arti Singh also put out a post on her social media handle and captioned it saying, “Let’s Talk, Not Troll”, and honestly that one line was enough to put the rest into perspective. Supporting Arti was Bipasha Basu as she commented, “It’s sad that in our country so many educated people have a lack of awareness on mental health. You can’t stop living your life if you have some issues. You need to be brave and face them and that is exactly what Arti Singh is doing. Anyone in the house or outside who is making a joke or mockery out of this is insensitive. In today’s day and age, this topic cannot be taboo.” And there, she said everything that needed to be said.

She also added, “Support is what people need to overcome this. Finally, it’s one’s own battle. Please, we should be human and kind to all.” Actresses like Deepika Padukone and many others have been getting real and talking openly about their struggles with mental health. So it is time we stop closing our eyes and ears to the need of the hour. It is about time we extend ourselves into understanding it and accept it like any other illness and realise that with the right amount of care, compassion and treatment it can be resolved. Also because such problems don’t resolve themselves and most of the times people go through life without even realising there is a name to that feeling you’re feeling in the pit of your stomach. And it is for those times, that we must remember to be patient and kind to others who need our support the most then.

I feel bad for her.

Anxiety attack is something which most of youth in our country suffer. Where depression is considered to be a taboo in our country. Most people end their lives in this process. Why not be vocal and speak up. MENTAL HEALTH IS REAL
#WeStandByArti @ColorsTV @BiggBoss

More power to you, Arti and everyone out there who needs a reaffirmation that things will get better, but for that we need to be change and be more open to breaking the taboos around it!

Also Read : On World Mental Health Day, Here’s An Appreciation Post For The Effort Bollywood Has Taken To Break The Stigmas Around It