Andhra Pradesh Clears The Disha Act. Are Other States Waiting For Another Horrific Rape Crime Before They Take Steps? 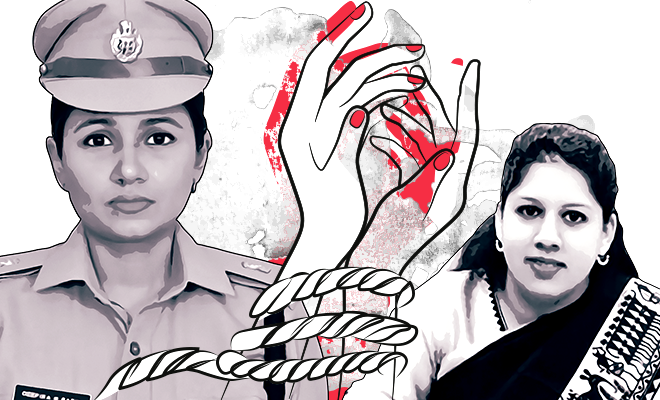 It’s been a few days into this new year, but the wounds from how the previous year ended still run fresh for a lot of us, especially for us women. 2019 was a lot of things, but fair wasn’t one of them. The year, that yet again, saw a significant rise against rape crimes against women in this country, and the year ended with the horrifying news of a veterinary doctor being gang raped, smothered and burnt to ashes in the city of Hyderabad. As a country, we did what we do best – failed the women, did what we thought was our due by ranting on social media and went on a few candle light vigils and then, because work and life interrupts, we carry on with our lives. At least at first. But seems like, change could really happen. It’s a ray of hope and we’re clinging on to this with all our might.

The four accused in the heinous crime against the young doctor, whom the nation calls ‘Disha’, were arrested by the police quite quickly. And that is when the unexpected started to take shape. The four were taken to the crime scene when they were in custody to recreate the details for the investigation, and were shot dead by the police in an act of self-defense after they allegedly tried to escape.

Also Read : Dr. Priyanka Reddy, Played By All The Rules And Still Ended Up Getting Raped And Burnt To Death. When Will This Ever Stop?

A turn of events that some hailed as justice while others condemned to be a desperate move by the system to relieve themselves of the pressure, the incident was met with a lot of mixed emotions. And while killing the men off was a denial of justice, and a knee-jerk reaction, we’re glad some good has come out of this entire heinous episode.  We say this after The Andhra Pradesh Disha Act got cleared by the State Assembly two weeks after the incident, and further, two female officers in Andhra Pradesh have been appointed to oversee the implementation for the same.

An act that is meant to deliver quick justice in crimes against women and children, has finally been given the green light by the state assembly and we couldn’t have been happier about this landmark move. Aimed at delivering stricter punishment, including the death penalty, within 21 days of the guilt being proven, this act will hopefully be the kind of catalyst to change.

IAS Officer Dr Kritika Shukla and IPS officer M Deepika, both exceptionally promising and driven women officers have been appointed to take charge of this one as Special Officers. An official statement confirmed, “Dr Kritika Shukla, is presently the Director of Women Development and Child Welfare has been given an additional charge as DISHA Special Officer. M Deepika, who is the Additional Superintendent of Police (Administration) of Kurnool, has been transferred and posted as DISHA Special Officer.”

And it only makes sense to be taking such measures because the rate at which violent crimes against women like rape and acid attacks are happening, justice needs to be delivered quick and it needs to be effective to prove to be a deterrent. The act is meant to ensure that the trial for any such case gets done with in the first 14 days, and that the verdict is announced in 21 days. Often in these case, justice comes along so late, it’s practically denied. 7 years after Nirbhaya, all of the people are on the death row and there is no end in sight. It does feel like we’ve failed her. And the laws and courts continue to slack, nothing is happening. Which makes this Disha Act that much more important.

In fact, the act facilitates speedy trials – the state will set up special courts in all 13 districts to handle cases that involve rape, acid attacks, harassment and the likes of it. And even though the fact that this step had to wait until another innocent life was sacrificed is saddening, we are glad it came by nonetheless. Hopefully states other than Andhra Pradesh won’t wait till another gruesome rape crime shocks their core to bring about such laws.

Also Read : Was Justice Really Served In The Priyanka Reddy Case? Perhaps In Some Ways, But We Are Conflicted