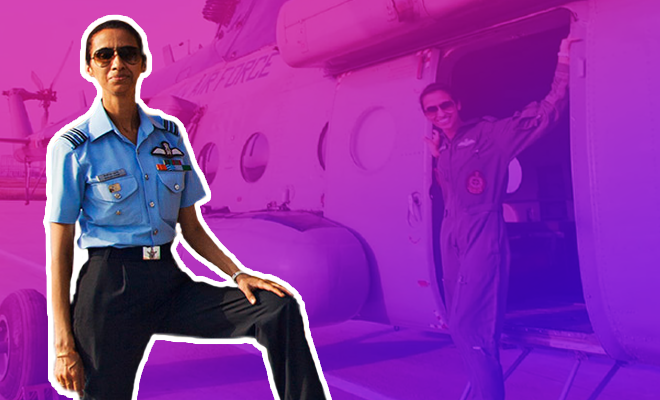 There was a time when no one could imagine women stepping out of the shadows and into the limelight. But now times have changed. Granted, we aren’t where we ought to be. We aren’t even close but considering we are the generation that is getting to witness women smashing barriers and making history, I’d say it’s a good time to be alive. On this occasion of women’s day though, let’s take a moment to talk about the women officers who are serving in our armed forces and the unnecessary struggle they go through on a daily basis only because of their gender. Our armed forces, be it the army, air force or navy, seem to believe that women aren’t as capable as men. Thanks to their one-track mindset, this is their belief despite numerous women proving them wrong over and over again. Indian Air Force (IAF) wing commander Shaliza Dhami recently said that if women officers were indeed incapable, they wouldn’t have made as much progress as they made. We completely agree. It’s time our armed forces gives women officers their dues.

A day before International Women’s Day, Indian Air Force (IAF) wing commander Shaliza Dhami said that she has put in 17 years of service and if women officers were really as incapable as they are made out to be, women like her would not have made so much progress. Talking about the Indian Air Force, Shaliza said that despite there being gender-bias, at the end of the day, one’s skills are all that matters. Let’s hope the IAF and the other armed forces will also see things in a similar, optimistic, manner.

Shaliza Dhami told ANI, “I have put in more than 17 years of service and there are so many others like me. It will be almost three decades for women officers in IAF. Aircraft doesn’t know whether it’s a male or female officer who is flying it. It is the journey to sit in the aircraft that says everything — whether we will be able to do it or not.”

#InternationalWomensDay | IAF wing commander Shaliza Dhami said if women were incapable of serving in the armed forces, they would not have made so much progresshttps://t.co/XrPfqGB6T4

Also Read: Meet Swati Rathore, The First Woman IAF Lieutenant To Lead The Flypast At The Republic Day Parade. It’s A Moment That Will Make History

She has a very strong point. If women officers were indeed incapable of holding their own, they wouldn’t be smashing glass ceilings and breaking stereotypes the way they are. In fact, during the Budget Session in Parliament last month, the government informed that the amount of women officers in our armed-forces have increased three-fold over the last six years. There are 9,118 women currently serving in the army, navy and air force.

If this isn’t enough, look at the women Navy officers who are breaking stereotypes. The Shipping Corporation of India (SCI) vessel MT Swarna Krishna is currently making history by being the nation’s first ship to be sailed by an all-women crew. On Sunday, Union Minister Mansukh Mandaviya virtually flagged off the all-women crew on board the ship.

A statement released by the ministry read, “The move demonstrated the gradual shift in the perception of seafaring as a male-oriented profession and the principles of Diversity & Inclusion that SCI upholds. SCI has been a pioneer in employing women seafarers onboard its vessels and has implemented various initiatives including age relaxations and fee concessions to aspiring female cadets through its Maritime Training Institute to promote their integration into the maritime sector.”

This is significant progress and a definite step in the right direction. So, why are our armed forces so hesitant to let go of their inherent gender-bias?