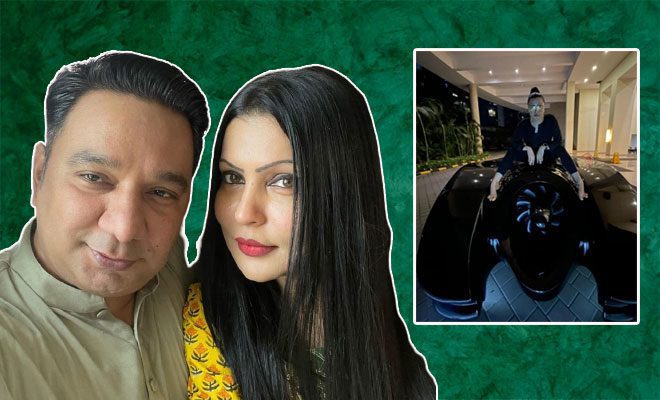 The best thing about birthdays is hands down the gifts. Call me materialistic, but everyone loves getting a gift that is special and downright something you did not expect. I have been big on birthdays ever since I can remember. And while receiving gifts is all fun and games, giving gifts is such a difficult task! I’ve come across many various, weird, and unique ideas when I’ve gone gift shopping. But the gift that choreographer-turned-filmmaker Ahmed Khan gave his wife Shaira tops it all. He went all out and gifted his wife a limited edition Batmobile car! Say whaaat!

To all Batman fans out there who feel jealous, envious, covetous… I feel ya! Recently, filmmaker Ahmed Khan gifted his wife Shaira a limited edition Batmobile car that is based on the design of the Batmobile driven in Batman (1989) and Batman Returns (1992). You know, the one that none other than the legend, actor Michael Keaton, is seen driving!

Also Read: This Tamil Actor Gifted A Newly Wed Couple 5 Liters Of Petrol As A Wedding Gift. What A Thoughtful Gift

Shaira Ahmed Khan posted a couple of her photos along with her swanky new Batmobile on Instagram, as she rightly should’ve because who wouldn’t! And needless to say, people in the comments were in a tizzy looking at the beautiful gift. In the caption, she thanked husband Ahmed Khan for the gift, which she hashtagged as their dream car. Shaira wrote, “Thank you love Ahmed Khan for this dream come true … #Ourdreamcar #keatonmobile1989 #batmobile #keepingupwiththekhans.”

That is not all, Shaira also posted a separate Instagram video for a much better look at the Batmobile car, which has been brought from Ohio.

Also Read: This Wife Gifted Her Husband A Collage Of All The Photos Of Women Her Husband Liked On Instagram

On his Instagram, Ahmed Khan posted a picture of his wife and wished her a happy birthday. “HAPPY BIRTHDAY to my stunner, breathtaking and drop-dead gorgeous wifey …always want u to flow like blood in my veins.”

Remember the scene from Zack Snyder’s Justice League where Clark Kent asks Bruce Wayne how he managed to convince the bank to give up his home, and Bruce said, “I brought the bank.” Well, what Ahmed Khan has pulled for wife Shaira is a total Bruce Wayne move here! We’re so envious!

5 Bollywood Couples Who Indulge In Some Major Social Media PDA