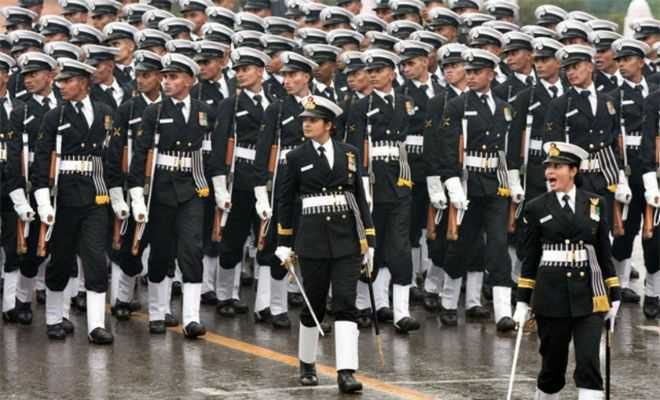 Indian Navy To Recruit Women Sailors To Serve On Board Warships Through Agnipath Scheme. This Is Historic!

Ever since the new Agnipath scheme was announced, it got a mixed reaction from aspirants. On one hand, it is a win for women who now can get inducted into the Armed Forces, and on the other side, Bihar aspirants are furious as it requires them to retire early. However, amidst the reactions, there was one more win for the women – all thanks to the Agnipath scheme. What is it? Well, from now on the Navy will recruit women for the first time in the history of our country!

For the first time, the Navy will be recruiting women through the new Agnipath scheme, paving the way for them to also be deployed on warships in the times to come. The exact number of women inducted from among the 3000 naval Agniveers is yet to be finalised but there is still a good chance that around 10-20% from the first batch will begin their training at the naval establishment INS Chilka, Odisha on November 21.

Also Read: Union Cabinet’s Agnipath Scheme Made An Important Provision For Women. But Bihar Aspirants Are Furious With It

On Sunday, chief of personnel Vice Admiral Dinesh K Tripathi announced, “The Agnipath scheme in the Navy will be gender-neutral. As we speak, 30 women officers are sailing on board frontline warships. We have decided that the time has come to recruit women as sailors as well, and in all trades which will include women who will go to sea.”

Earlier Navy chief Admiral R Hari Kumar had said, “The Navy is fully prepared in all respects to induct and absorb women across a wide spectrum of roles and responsibilities. We will welcome women in other ranks as well.”

Also Read: In A Historic First, Two Women Combat Aviators Will Be Deployed On An Indian Navy Warship. This Is A Landmark Moment

In fact, ever since the Army started recruiting women in  “other ranks”, there are now 100 women jawans in the Corps of Military Police (CMP). And the recruitment of 199 more women in the CMP was withheld in the last two years due to the Covid-19 pandemic.