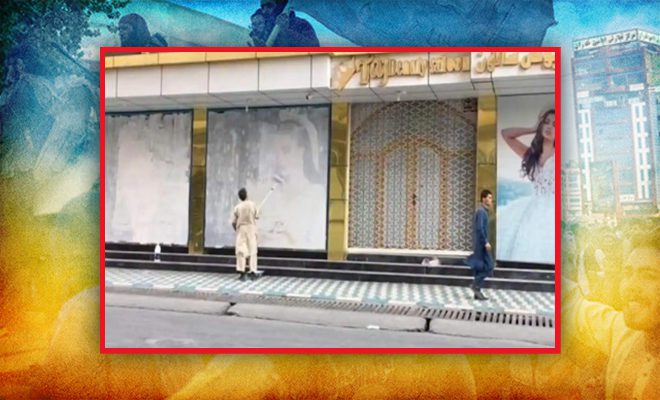 I woke up this morning to a bird chirping outside my window and the smell of freshly brewed chai. “It doesn’t get any better”, I thought to myself. I turned over, picked up my phone and started scrolling through Instagram, as I do every day. The very first post that I saw on my feed was a video of the Afghanistan airport. Hundreds of people frantically running helter-skelter in the hopes of catching a flight and escaping the Taliban rule. It was pure chaos. My good mood faded and my heart broke a little. As I scrolled further, I saw that a friend of mine had shared a post that talked about the condition of Afghani women under the Taliban. My heart broke a little more. They can’t work, study, go anywhere without a male chaperone and young girls all over the country are being forced to marry Taliban militants. Words can’t describe the gravity of the situation in Afghanistan.

The Taliban has successfully established control over most of Afghanistan. On Sunday, they stormed the country’s capital, Kabul, and seized control of the Presidential Palace. This caused the Afghan President, Ashraf Ghani, to reportedly flee the country and put the Taliban extremists back in power 20 years after they were driven out by US forces. This means hell for the women living in the country. They’ve been stripped of every basic right and forced to follow the Taliban’s repressive rules.

In fact, photos have surfaced that show images of women at a Kabul beauty salon being painted over as the Taliban took over the city. These adverts depict women in bridal dresses and were outside a beauty salon called Taj Beauty Salon. In these photos, a man can be seen using a roller and white paint to cover up the images of women. These shocking images were shared by journalist Lotfullah Najafizada, the head of the Afghan news outlet ToloNews TV.

This incident came after Taliban spokesperson Suhail Shaheen told BBC News that, “We will respect the rights of women … our policy is that women will have access to education and work, to wear the hijab.” He also said that the Taliban’s position that “no one should leave the country … we need all the talents and capacity, we need all of us to stay in the country and participate.”

These comments were made by Suhail Shaheen just a day after reports indicated that women were being escorted back home from their workplaces by men with guns. Reportedly, these women were asked not to return to work and given the option of sending a male member of their family in their place. Even in universities and colleges, female students and female professors were not allowed to enter campuses. Women also now have to wear burqas that cover their entire body. If not, they are subjected to ruthless public punishments or even executed.

To us, because we’re sitting in our comfy pyjamas and just watching and reading about this war from far far away, it sounds like something out of a dystopian novel. But I can’t even begin to imagine what life is like right now for an Afghani woman. Today I realised that even basic rights are a privilege.