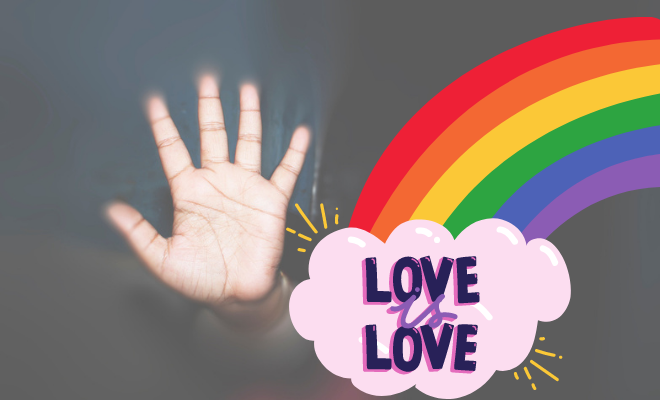 A Woman From Kerala Was Picked Up By Cops From Her Girlfriend’s House To Be Sent Back To Her Parent’s House, Without Her Consent. WTF??

Being a woman in this country is tough as it is, but add other factors like also being queer and having unsupportive parents, and you are going to have to toughen up because it is going to be a bumpy ride. Thanks to the upbringing that our patriarchal society, everything that we or they don’t understand or haven’t experienced is automatically categories as unsanskaari, and needs to be checked. As was a 22 year old girl who was living with her partner in Chennai and picked up and forcibly taken by the police back to her parent’s house. What is consent even?

The 22-year-old adult woman had fled from her parents’ house in Kozhikode after they were less than accepting towards her sexual orientation. She decided to go to Chennai to stay with her partner in the  meantime. She spent 20 days with her partner and her partner’s mother who was supportive of the two girls deciding what is best for them. Despite the girl being an adult and therefore fully capable of making decisions for herself, on Saturday night, they were ambushed by a couple of police officers who had come to collect the 22 year old, like she was some property that needed to be duly returned.

Turns out, the parents couldn’t handle their adult daughter take her own life decisions, and soon after she fled, filed a police complaint saying she was missing. The cops then travelled all the way to take the girl from the house, forcibly so, and without giving her or her partner the time to summon legal counsel in the process. All because they were queer and that was unacceptable.

Kerala cops take 22-yr-old away from lesbian partner in Chennaihttps://t.co/aYlza3OKUh

How the hell is this even legal? How can a magistrate force a 22-year-old woman to live with her parents?

(Rhetorical; the answer is "India".)

Also Read : Prince William Says He Would Be Supportive If His Kids Came Out As Queer. We Think It’s Cool!

Not only did they violate her right to consent, but it also shed light on how easy it is for parents to collude with the authorities to make a case against people from the LGBTQ+ community. And while the parent’s validation is not what the girl was seeking, seems like her mere rebellion of still going ahead and taking charge of her life is what pushed the parents over the edge. Because how dare a girl also have a voice?

The voice and agency of women is taken away as though it has been put on sale, reminding us at each step that the society is never going to be okay with letting us do what we want. And that in itself is fucked up on so many levels. Once again, the price for the regressive mindset of the society is to be paid by the marginalised.

However, when presented before the  magistrate in Kerala, the court ruled in the 22 year old’s favour and said that she would be spending ten days in Kerala with her parents before returning to Chennai. And because she was an adult, her say was all that mattered and should have mattered in the first place itself, when the cops came to pick her up. Hopefully this incident will serve as an example that your daughter isn’t a property at your disposal and one that you can toss around.