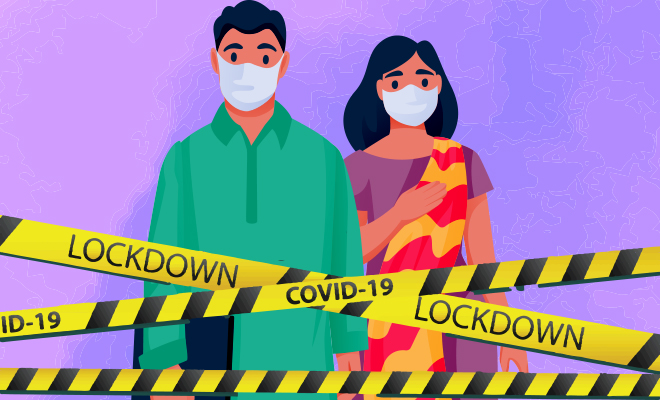 A Woman Constable Said Her Lover Was Her ‘Husband’ So They Could Quarantine Together. Here Is What Happened When The Real Wife Found Out

It is kind of understood that people, when in love, do crazy things for their partners. Call it an overwhelming need to show their love or the aspiration to declare it to the world, being in love often causes people to dismiss logic temporarily or do away with it, altogether. Take the Taj Mahal for example, built by Shah Jahan, for his beloved, only to later cut the hands off the sculptors who built it just so they wouldn’t ever build something so grand ever again. Okay, that example is a little extreme. But hey, people do crazy things in love. As did a couple where the woman ended up lying to to authorities about her boyfriend being her husband, just so they could quarantine together.

A woman constable in Nagpur was suspected to be COVID-19 positive after one of her colleagues was found positive, and she lied to the authorities about her lover. She called him her husband – he was a husband just – not hers. She did this so the two could quarantine together. Guess they were giving the “..in sickness and in health” statement a new meaning altogether.

An official confirmed on Thursday that, “She told the authorities that her husband, who later turned out to be her boyfriend working with the postal department, should also be quarantined along with her. Accordingly, they were together kept at the quarantine facility in the Police Training Centre (PTC).” All the while the real wife of the man got worried about her husband missing, since she wasn’t in the know that he had been put in quarantine.

Also Read : A Man Beheaded A Woman And Carried Her Head To The Police Station Because He Suspected She Practised Witchcraft. There’s No End To Superstition In This Country

The wife (who was actually married to the man) got worried  when her husband did not come home for 3 days. Eventually, the wife found out about his affair and even visited the centre, but was denied entry by the guards. Later on, she lodged a complaint with Bajaj Nagar police against her husband, and met with the Commissioner of Police Dr Bhushankumar Upadhyay to get an insight into the matter. Soon after which he ordered an inquiry into the matter.

It’s been now come to light that the two (the lady constable and cheating lover boy) had met during a government project in October last year and got into a relationship, keeping the wife in the dark. But like they say, the truth has a way of coming out, and it tumbled out here in the most unexpected way possible. The man has now been shifted to a different quarantine centre.

Also Read : A Distraught Woman Shared How Her Fiance Blew Up Their Wedding Money On Gaming And Has Lost All Interest In Her. Gaming Addiction Is Real