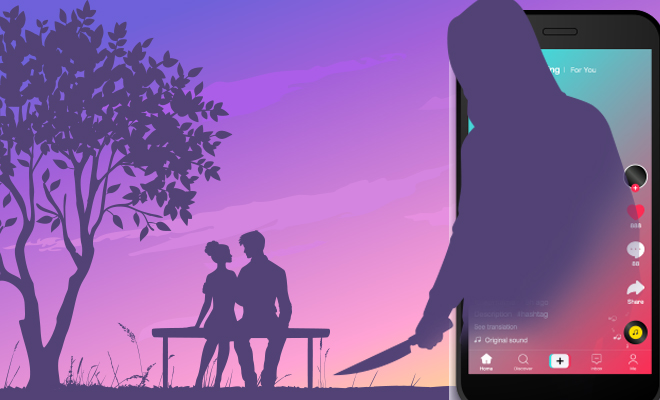 I have watched more than my fair share of murder mysteries and cop shows to know that most of the crimes occur because of either love, sex or money. And I have read about enough actual murder, rape and domestic violence cases to know that in most cases the common denominator of is all is either a bruised ego or an assertion of power. Yes, most of my expert observations come from watching endless episodes of Crime Patrol with my mother but hey, when applied, my theory sticks.

The reason that I am talking about crime and punishment (get it, get it?) today is that a murder has just come to light. Now, unlike the excitement that builds up during a murder mystery novel or a good suspense movie, in real life, there is nothing sadder than receiving news of a person who lost their life at the hands of another person.

Let me give you some context about what happened. On Monday, the Ghaziabad police arrested a 21-year-old man for allegedly killing a 19-year-old girl. The murder occurred near Tila Morh in Sahibabad on June 17, merely days before the girl was to be wed.  But what’s more chilling is that this guy had already talked about this murder on his Tik Tok.

Also Read: This Man Murdered His Daughter Because A Tantrik Told Him It Would Bring Him Good Fortune. WTF Is Even Going On?

The suspect identified as Sher Khan, a resident of Sundar Nagri in Delhi, was arrested along with two of his accomplices, Imran and Rizwan. The police say that on 17th June, Sher Khan with several other men went to an area in Tila Morh where they and the victim’s family got into a fight. Following the fight, the victim, Naina Kaur was stabbed several times and she succumbed to her injuries in a hospital in Delhi just a day later.

Naina lived in Tulsi Niketan with her family and was pursuing a nursing course in Delhi. She was engaged to a man from Indore and was supposed to leave for Indore (for her wedding) on 22nd June.

After she was attacked, her mother Neelma Kaur identified Sher Khan as the probable perpetrator and filed a police complaint. After the FIR for murder for lodged against Sher Khan, the police arrested three more of his accomplices- Salman, Asif, and Aamir. The police have also recovered the murder weapon- the knife.

Also Read: A Man From Kerala Murdered His Wife Using A Snake Because He Wanted More Money. When Will Dowry Deaths Stop?

Well-done @ghaziabadpolice for nabbing this ruthless murderer Sher Khan. He had allegedly murdered a 19 yr old girl who was to be married. This criminal was stalking her & killed her when she was returning home with her mother. Being a @TikTok_IN star doesn't give license to kill https://t.co/hjjDjLpFMc

Here’s something you should know about the alleged murder, Sher Khan- he is a TikTok influencer with a following of over 4 lakh videos. Keshav Kumar also said, “The suspect had uploaded about 961 videos and has over four lakh followers on TikTok. During the period he was on the run, he had changed his dressing style and also had a hair cut to evade being arrested by police.”

The police also mentioned that just before the murder took place, Khan had made a video of himself holding a slate with the words “Crime: Murder” written on it along with his birth date and other details. Apparently, in the video he portrayed himself to be a Bollywood actor who would break free from jail on a particular date and then be free.

You know, I am waiting for the day I don’t hear TikTok’s name appearing in a story about crime. I know it’s not their fault their users post such content but do they have no barriers on what content can and cannot be uploaded? First, there were video’s about domestic violence then acid attack and now murder. Seriously, let’s just hope these TikTok influencers aren’t actually influencing anyone.