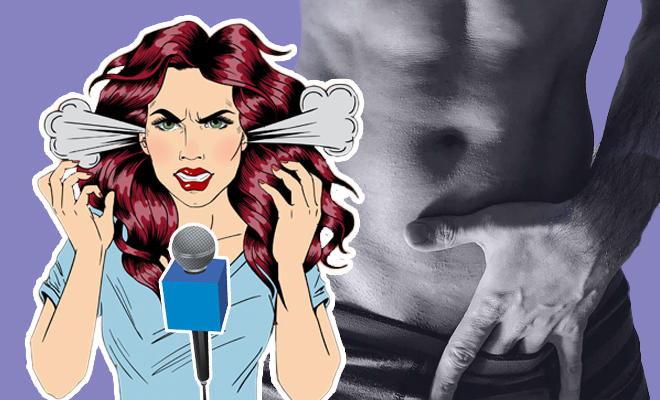 A Man In Bengaluru Flashed And Masturbated In Front Of A Woman On The Road In Broad Daylight. This Is So Disgusting

Have you ever felt that uncomfortable that all your senses are on high alert when a strange man walks too close to you on the road? It’s the kind of feeling that gives you the chills and makes you want to start running in the opposite direction. But we don’t always do that. We simply keep our heads down and walk as fast as we can trying to shrink in the shadows so you’re not attracting his attention. And you know what, I don’t know what is sadder that we can’t walk all by ourselves without feeling that feeling of anxiety or that every woman has felt it at some point or another.

However, there comes a time when that uncomfortable feeling is not for nothing. I have heard horror stories of women being groped and touched inappropriately in the middle of the street, catcalled and even followed home. Unfortunately, we are so immune to these stories that we treat them like everyday occurrences and let them pass with merely a shudder or sharing of some anger. But I think it’s high time we start taking these matters into our own hands and ensuring these perverse men are put in their place. Because no woman is safe if even one woman has to worry.

This happened on Sunday at 10 am (if you thought shit like only happened at night, think again), when she was returning home after purchasing groceries. The accused stopped his scooter right in right next to her and asked for directions. Now, this is a seemingly normal thing, right? Only, when she was giving him the directions, she noticed that his one hand was down and though she hadn’t realised at the moment, the man had unzipped his pants.

The woman said that she couldn’t see his face since he was wearing a mask and a helmet. There were no witnesses around either. But the Ramamurthy Nagar Police scanned the CCTV footage and found some leads on the man.

This is a shocking and extremely disgusting incident but not an isolated one. Things like this have happened very often and they leave a permanent scar.

Also Read: In Delhi, A Man Flashes His Private Parts At A Woman In Delhi Metro. Unfortunately, This Isn’t The First Time, And Not The LAst

The police have said that they received leads and will be able to trace the offender soon.https://t.co/knDkJw2CZr

Another similar incident happened when a man flashed his privates at a woman in the Delhi Metro. But I think the most perverse example is of this “serial flasher” from New Delhi who said that it was a drunken habit of his to flash women.

I don’t get it, what’s the point of flashing and completely creeping out a woman on the road? What is the outcome they expect? One quick Google search will tell you what a serious problem this is but do it at your own risk since it’s very disturbing.

It really can’t be that difficult to keep it in your pants. If only someone would tell these pervert men that.

In Mumbai, Autorickshaw Driver Masturbates At A College Girl While Driving. This Is Absolutely Disgusting